Harry, Meghan and baby Archie to holiday with Queen this summer 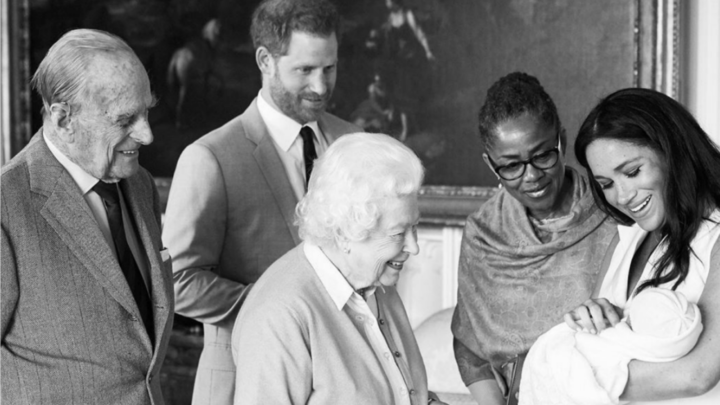 Archie may return to the UK for the first time this year to spend summer with his great-grandmother. Source: Sussex Royal/Instagram.

The Duke and Duchess of Sussex have reportedly accepted the Queen’s invitation to holiday with her at Balmoral this summer, and are planning to take their son Archie Harrison along too.

According to the Sunday Times, Archie, who will turn one in May, will be holidaying at the monarch’s Scottish retreat in what could be his first UK trip since his parents stepped back as senior members of the royal family for more private life in Canada. The family is also expected to spend time with Prince Charles and his wife Camilla.

Archie may also accompany his parents to Britain in June when they attend Trooping the Colour, Sunday Times reports, although the Queen’s annual birthday celebrations could be cancelled for the first time in 65 years due to coronavirus fears.

Last week it was reported that Meghan had upset the Queen with her decision not to bring 10-month-old baby Archie along with her, instead leaving the royal tot in Canada under the care of the Sussexes nanny and Meghan’s close friend, Jessica Mulroney.

According to the Sunday Times, Queen Elizabeth II — who has not been able to spend much time with her youngest great-grandchild and was last photographed with him last May when the couple debuted their newborn son to the world — was saddened by the decision.

Over the last week, Harry and Meghan participated in joint and solo appearances at different events. Their final engagement as royals was appearing at the annual Commonwealth Day Service at Westminster Abbey. The royal engagement was the end of the couple’s so-called ‘farewell tour’ before they begin their new lives as private citizens from April 1.

The couple’s appearance in the UKcomes after much controversy surrounding the Duke and Duchess of Sussexes use of the term ‘royal’ in their future branding. Last month, as the details of the ‘Megxit’ deal between the couple and Buckingham Palace were finalised, it emerged that Harry’s grandmother the Queen was banning the couple from promoting themselves as royal moving forward.

However the couple, who are currently based on Vancouver Island, Canada, with their young son Archie, then hit back with a statement of their own, which triggered a backlash from people, including Meghan’s own father, who thought they were being “petulant” and “insulting the Queen”.

A statement on their Sussex Royal website read: “There is not any jurisdiction by the monarchy or Cabinet Office over the use of the word ‘royal’ overseas.”

Are you a fan of Harry and Meghan?