Son ‘threw mother with Alzheimer’s over balcony to end her pain’, court hears 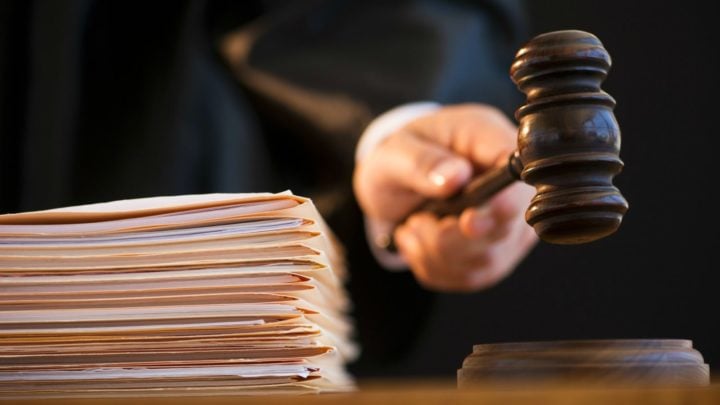 A man in the UK has faced court after throwing his mum off the balcony of her care home, 13-feet to her death. Source: Getty

A man dropped his frail elderly mother off a balcony to her death, before claiming he “could not bear” to watch her suffer any longer, a court has reportedly been told.

Robert Knight appeared in Basildon Crown Court in the UK this week where he faced one murder charge after dropping his mother, who was suffering with Alzheimer’s disease, 13 feet to the ground at her care home, The Telegraph reports.

According to the news outlet, prosecutors told the court that Knight picked up his 79-year-old mother and carried her out of the fire exit before placing her on the railing and dropping her. However, while the 52-year-old admitted causing his mother’s death, he has denied a charge of murder.

The fragile woman reportedly suffered a fractured skull and “catastrophic” injuries as a result of the fall. Paramedics were called to the scene shortly after the incident, however she could not be revived.

Speaking at the court hearing, prosecutor Andrew Jackson claimed that Knight did not check on his mother after the fall and later calmly told staff he had caused her death.

“He stood and watched her fall over the 13-feet to her death,” Jackson said in court, according to The Telegraph. “He then walked back into the building through the fire door. He did not go downstairs to where she was lying fatally injured.”

Jackson added: “Asked [by staff] where his mother was, he pointed towards the fire door and said ‘I threw her over there’.”

CCTV at the home reportedly captured Knight carrying his mother through the fire-door at the time.

According to the news outlet, Jackson claimed in court that Knight previously told police he had planned to end his mother’s life and even tilted her body in a certain way to ensure it happened.

“Both pathologists agreed at the point where her head impacted with the ground, she was alive,” Jackson is said to have added.

Prior to the incident Knight had allegedly argued with care home staff about pain medication for his mother who was suffering a bad virus at the time of her death. Knight also reportedly told cops he felt “distressed” at the time and “could not bear to see her suffer”.

While he has admitted causing his mother’s death, he has denied the murder charge “due to his state of mind”, The Telegraph reports.

The prosecution have reportedly claimed to the court however that it was not a mercy killing as Knight didn’t have a “loss of control” at the time of the incident.

Before the case was opened, Judge Samantha Leigh reportedly told the jury that Knight “accepts that he killed his mother, the issue is his state of mind at the time”.

What are your thoughts on this case?