Jessica Galley
Nov 13, 2019
The teapot went under the hammer in the UK on Monday. Source: Getty (stock image).

Many families have treasured heirlooms that are set to be passed down between generations, however most are purely sentimental items that wouldn’t attract much interest should they be sold outside of the family. However, every now and then, someone finds a hidden treasure hiding in their homes.

That’s what happened to a British man this week, after a teapot that had reportedly just been sitting on a shelf at his home in Dorset, according to the Daily Mirror, launched an international bidding war, finally selling for more than £1 million (AU$1.88 million).

The rare Chinese teapot had initially been expected to sell for around $1,000 to $2,000 however a video shared on social media revealed the moment that the hammer came down, confirming the sale for a whopping $800,000. That sum, plus fees, then saw the end figure come in at $1,040,000.

It was sold on Monday by British auction house Duke’s Auctions, whose Head of Asian Art Lee Young identified the teapot as a rare and valuable item.

Young told The Mirror: “As the owner handed me the teapot for an opinion my heart missed a beat. As I turned it over and saw the beautifully drawn blue seal mark of Qianlong I realised immediately that I was handling a piece made for the Emperor himself.” 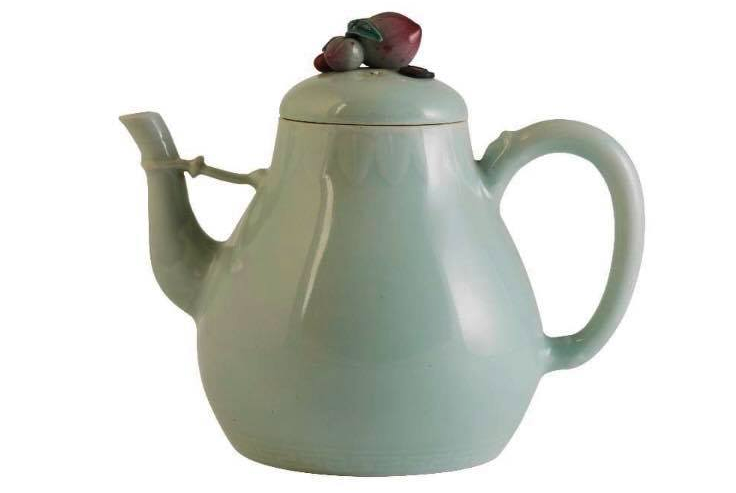 According to Duke’s Auctions, the teapot is a “fine and rate celadon-glaze pear shaped teapot” which bears the seal of Emperor Qianlong on the base.

A description of the item on the auction site reads: “The baluster sides covered in a soft green-glaze, carved around the spout and handle with mask motifs, the rims with repeating bands of stiff leaf and key-fret, the cover with peach and pip form finial.”

It’s not the first treasure to be found in someone’s home, as earlier this year a French woman in her 90s pocketed millions of dollars after being told that an old painting she had innocently hanging above a hot plate in her kitchen was actually an early Renaissance masterpiece, thought to be by the Florentine painter Cimabue.

According to multiple news outlets, the painting sold for a whopping AU$39 million last month, and it seems the masterpiece was reportedly spotted in the nick of time by an auctioneer after the woman packed up her belongings and prepared to move out of her home on the outskirts of a town north of Paris, France.

The intricate wooden painting, named Christ Mocked, is said to be part of a series of paintings from the late 13th Century and measures about 24 centimetres by 20 centimetres.

Have you ever found something valuable in the home of a loved one?