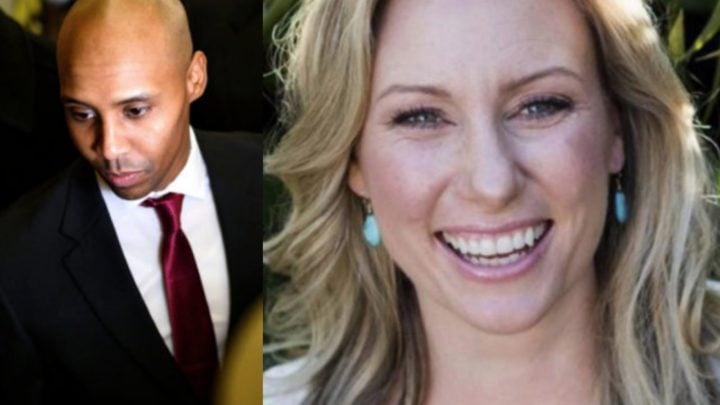 Mohamed Noor was sentenced to 12 and a half years behind bars for killing Australian woman Justine Ruszczyk Damond. Source: Getty

The prosecution in the case against US police officer Mohamed Noor have spoken out about how they convinced a jury he was guilty of killing Australian woman Justine Ruszczyk Damond.

Noor was just days ago handed a 12.5 year prison sentence for shooting and killing Damond in 2017 after being found guilty by a jury in April of third-degree murder and second-degree manslaughter, the Minneapolis Star Tribune newspaper reports.

Now the prosecution has opened up about the case in a chat with A Current Affair, claiming Noor’s story never added up and they did not believe his version of events.

According to Nine News Noor had claimed he was simply protecting his partner who was unable to get his gun out of his holster when he shot and killed Damond.

But prosecutor Amy Sweasy said his partner Matthew Harrity didn’t share that same story, leading them to believe that Noor was guilty.

This is how those two prosecutors convinced the jury Mohammed Noor was guilty. #9ACA | FULL STORY: https://t.co/QIXoYSw0eN pic.twitter.com/os7OWDcplj

“He was asked that also, if he had trouble getting it out.”

Only recently footage as shared with the public of the moments after the fatal shooting. In the video, Harrity could be heard explaining the situation to a colleague who had arrived at the scene. confirming that he did in fact have his gun out but didn’t fire.

Here is body worn camera footage as Sgt Shannon Barnette approaches Noor partner Matthew Harrity in the minutes after the shooting. Harrity describes what happened. Sgt Barnette also visits with Noor, who is sitting in a squad. #NoorTrial #justinedamond pic.twitter.com/XLy0TzzaRx

“We had that, uh call over here, someone was screaming in the back,” Harrity says in the video.

“We pulled up here. We were just about ready to just clear and go to another call. She just came out of nowhere on the side of the thing and we both got spooked.

“I had my gun out, I didn’t fire… and then Noor pulled out and fired.”

Speaking about the tragic event, Sweasy said there was no chance both of them were telling the truth.

“It could not have been that Harrity’s story and Noor’s story were accurate because they were both so different, which in the end, is often what criminal trials come down to,” she told A Current Affair.

Echoing her views, fellow prosecutor Patrick Lofton said Noor was most definitely guilty of the crime.

“He shot way too quickly,” he explained on the Channel Nine program.

“He didn’t appreciate the situation, to identify a target, a threat, and instead he fired without doing that – that’s at the heart of this case.”

Their comments follow news at the weekend of Noor’s sentencing with the former police officer ordered to serve two-thirds of his sentence before he is eligible for parole, according to the Minneapolis Star Tribune.

This came after Noor’s lawyers suggested in a pre-sentence filing to the judge for him to serve an unusual sentence of one week in a low-security jail workhouse on the date of Damond’s death and her birthday during the duration of his parole.