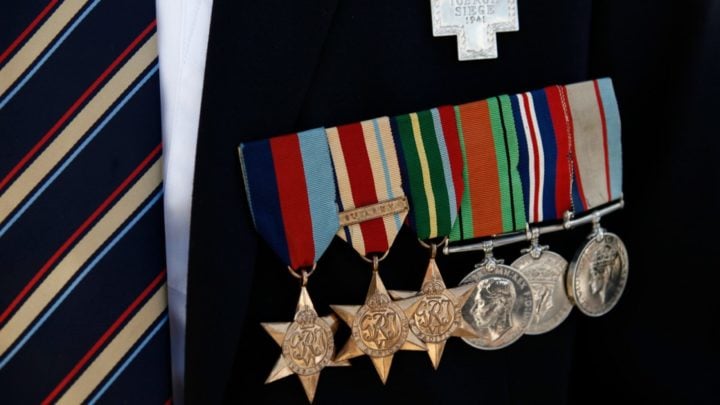 A veteran has claimed elderly Aussies who served the country aren't being looked after. Source: Getty

A veteran has broken down in tears live on the radio as he called for more support from the government, claiming elderly Aussies who served the country aren’t being looked after.

Graham, who runs a registered voluntary depression suicide prevention initiative for suffering veterans, called into the radio station after 2GB host Steve Price launched an emotional plea for the government “to start caring” about our ex servicemen and women.

“We’re losing too many vets mate,” Graham said in between sobs. “My eyes are bloody teared up now.”

Struggling to contain his emotions, he continued: “What amazes me Steve is we’ve got vets sleeping on the street and we’re throwing money and opening our gates. When are we going to look after our own Steve!”

He also slammed Minister for Veterans and Defence Darren Chester for not taking action, saying: “… he needs a big kick up the bum.”

Steve also had a shot at the government over its treatment of veterans, adding: “If Scott Morrison really cares about the silent Australians he ought to start caring about the veterans of his own country.

“They’re the real silent Australians. You get these young guys, you make them go in the army, you send them off to fight overseas and when they come back you abandon them.”

He continued: “The prime minister needs to drag Darren Chester into his office this morning by the ear and say, ‘Listen, this 930-page report says the system’s busted, do something about it’.”

The comments come after a 930-page report, tabled in parliament this week, claimed the nation’s $13.2 billion veterans affairs system is “out-of-date” and “is not working in the best interest of veterans and their families, or the Australian community”.

The report by the Productivity Commission, the government’s advisory body, said the “system fails to focus on the lifetime wellbeing of veterans”, adding that it’s overly complex, difficult to navigate, inequitable, poorly administrated and requires “fundamental reform”.

“A future veteran support system needs to have a focus on the lifetime wellbeing of veterans,” the report stated.

“It should be redesigned based on the best practice features of contemporary workers’ compensation and social insurance schemes, while recognising the special characteristics of military service.

“This will change the incentives in the system so more attention is paid to the prevention of injury and illness, to rehabilitation and to transition support.”

However, Chester told Starts at 60, Australians can be assured the government, through the Departments of Defence Veterans’ Affairs (DVA), is working with veterans and their families every day to improve services.

“The Government provides more than $230 million a year towards veteran mental health, as part of more than $11 billion for veterans in this year’s Budget,” he said.

“Nearly $500 million has been committed to the ongoing transformation of DVA, which the Productivity Commission noted has seen some success in providing veterans and their families easier access to support and services. For example, the Government has ensured all veterans can access free mental health care for life and expanded the Open Arms — Veterans & Families Counselling service, which provides professional support to veterans and their families. This support is needs‑based, uncapped and available to any veteran who has served a single day in the ADF.”

Starts at 60 has also contacted Scott Morrison for comment.

What are your thoughts on this? Are you a veteran or do you know someone who is?