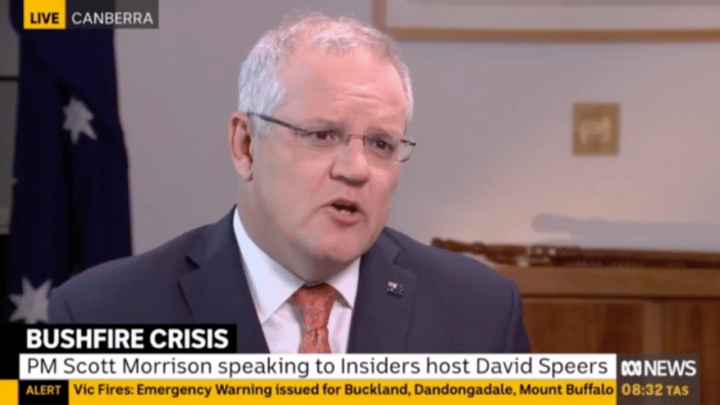 Prime Minister Scott Morrison has gained a lot of criticism for his decisions over the past few months, but now he’s promised to make changes by submitting a proposal for a royal commission into the bushfire disaster to the Cabinet.

The Liberal Party leader was slammed for jetting off overseas prior to Christmas for a family holiday in Hawaii as the country was burning, and then upon returning received a flurry of hate from residents and brave firefighters during visits to bushfire affected communities.

He has since apologised for his actions, and now promised to address the way not only himself, but the states, territories and country as a whole prepares for disasters, such as the one that continues to wreak havoc on residents in the Land Down Under.

Morrison told the ABC that a royal commission into the bushfire disaster is necessary and that he will be taking a proposal through to the Cabinet, in consultation with states and territories.

He outlined three main issues a commission would need to addresses, including greater involvement from the Federal Government to step in during natural disasters. Meanwhile, he also addressed his government’s response to climate change, and said that policy must “evolve” to fit their current position on the matter.

He said while some believe climate change has nothing to do with the bushfires, the government’s current position is that it is leading to hotter and drier summers.

“In the years ahead we are going to continue to evolve our policy in this area to reduce emissions even further and we are going to do it without a carbon tax, without putting up electricity prices and without shutting down traditional industries,” Morrison told the ABC.

Meanwhile, the prime minister also took the opportunity to again address the way he has handled things amid the bushfire crisis. Morrison admitted there needs to be more thought into how he engages with the community during these situations.

“95 per cent of the responses I’ve had in this case have been very position and very appreciative but … these are sensitive, emotional environments,” he said during the chat with the ABC. “Prime ministers are flesh and blood too in how they engage with these people.

“When I went there I went there in good faith, with Jenny on occasions, to provide what consolation I could. They’re very strained environments and I think we need to think a little harder about how we do those. We’ve had many, I think, very effective visits that have been away from the cameras as well.”

Meanwhile, the government has also committed a whopping $76 million towards mental health package to assist those affected by the bushfires. The funds will go towards free counselling sessions, extra Medicare and tele-health consultations and the expansion of youth mental health service Headspace.

In a statement released on Sunday Morrison said: “We need to ensure the trauma and mental health needs of our people are supported in a way like we never have before”.

What do you think of Scott Morrison's announcement? Have any of your loved ones been impacted by the bushfires?