Richard Di Natale resigns as leader of the Greens 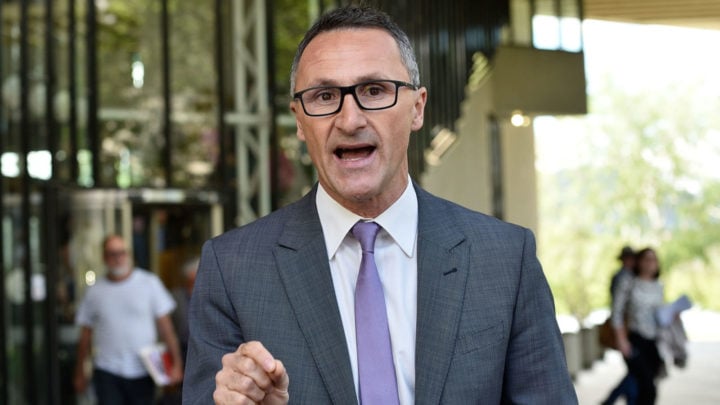 Richard Di Natale has resigned from his position as leader of The Australian Greens after almost five years at the helm of the party. He will also will call time on his career in federal politics once his state branch has chosen a replacement for his Upper House seat.

The Victorian senator made the shock announcement on Monday, and credited his desire to spend more time with his wife and young sons, Ben and Luca, as the key motivator behind his decision.

Di Natale’s decision resulted in the spilling of his position as leader, along with those of co-deputy leaders Adam Bandt and Larissa Waters, and the 10-member Greens party room is now expected to vote for a new leadership team on Tuesday.

The 49-year-old politician revealed the news on social media by sharing a video of himself speaking to camera as he revealed that he was quitting to dedicate more time to his sons than a “relentless political schedule allows”.

“It’s been an honour to lead the Greens in the federal parliament and fight ever day for the values that millions of Australians care so deeply about, ” he said. “But after nearly a decade as a senator, half that time as leader, this morn I’ve announced my resignation as parliamentary leader of the Australian Greens.

This morning I took the incredibly difficult decision to step down as Parliamentary Leader of the @Greens. It’s not something easily put into words because representing this incredible movement has been one of the biggest honours of my life. Farewell and thank you for everything. pic.twitter.com/WAOHl7neW0

He added: “It’s not a decision i have come to lightly because leading this incredible movement for nearly five years has been one of the biggest honours of my life.

“But my boys are nine and 11 years old now and they’ve only ever known their dad as a busy and tired, and sometimes grumpy, politician. They’re growing up quickly and I want to spend more time by their side than a relentless political schedule allows.

To our members and supporters I know this news may come as a bit of a shock, but I do leave with a great sense of optimism.”

Alongside the video, he wrote: “This morning I took the incredibly difficult decision to step down as Parliamentary Leader of the @Greens. It’s not something easily put into words because representing this incredible movement has been one of the biggest honours of my life. Farewell and thank you for everything.”

The senator – who is planning to spend more time on the farm with his family – also delivered a press conference outside of Parliament House on Monday morning, in which he described the leadership role as one that takes a toll on a person’s life.

He also addressed the current bushfire crisis and added: “This is now an opportunity for a new leader to step up at a time when the nation’s focus is on this place and to really demonstrate that we are a party brimming with talent where a new leader can stamp their authority over a government that has been just catastrophic in their failures to respond to this horrendous crisis.”