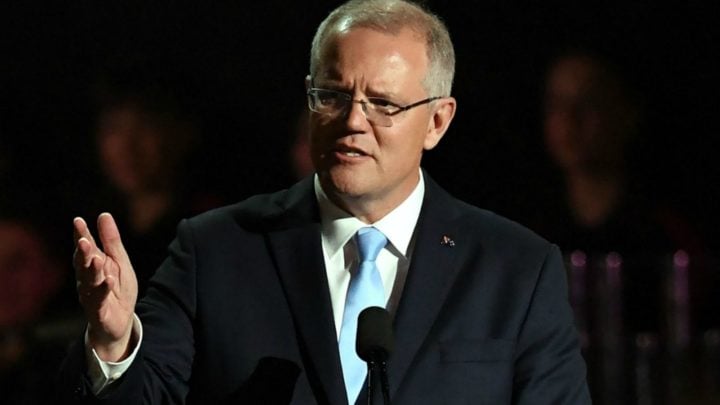 Prime Minister Scott Morrison has landed a hefty pay rise, less than a month after being reelected, as MPs across the country are granted a salary increase of 2 per cent.

The PM will receive an immediate pay rise of $10, 769 on July 1, taking his overall annual salary to $549,229, after the independent remuneration tribunal announced an increase to all MPs’ pay on Thursday.

Releasing its 2019 review, the tribunal said they took into account the Fair Work Commission’s recent decision to increase the national minimum wage by 3 per cent. The renumeration tribunal also granted pollies a 2 per cent rise to their salaries in July 2018 and July 2017.

Next month’s increase will see backbench MPs earn an extra $4,142 per year, as MPs and senators currently earn a base salary of $207,100. Treasurer Josh Frydenberg will also receive a bump of $7,766, while the average cabinet minister will enjoy an extra $7,145 annually.

“In considering the level of increase from 1 July 2019, the Tribunal has had regard to a range of economic considerations, historical and projected,” the tribunal said in a statement.

“The Tribunal notes that various indicators predict that wage growth is expected to increase gradually, lagging economic growth. Wage growth has increased modestly over the past year, with reliable measures indicating private sector wage growth is now equalling or outpacing the public sector.”

However the news has sparked outrage across the country as it was announced on the same day that many Australian workers were faced with the prospect of further penalty rate cuts.

Penalty rates – which sees workers paid more for working weekends, public holidays, overtime or anti-social hours – are set to be slashed from July 1 for around 700,000 retail and hospitality workers across the country.

Read more: As Tony Abbott leaves parliament, here’s how much he’ll earn from his pension

Chairman of the Australian Council of Trade Unions (ACTU) Liam O’Brien pointed out the poor timing of the pay increase, telling The New Daily: “Australian workers have seen six years of near-record, low wage growth under this government. The policies of the Morrison government have driven down wages and eroded workers’ rights.

“The Morrison government will enjoy a pay rise on the same day that 700,000 low-paid workers will once again have their penalty rates cut. We need systemic change to give working people more power to fight for, and win pay rises, not a government which admits low wage growth is a feature of its policies.”

"It's difficult for some to swallow, but please understand the responsibilities of a Prime Minister are much greater than a TV personality or a banker"@Jeff_Kennett defends politicians receiving a payrise on the same day low paid workers have their wages cut. pic.twitter.com/7Sx8wXjwvL

However not everyone agreed, as former Victorian Premier Jeff Kennett defended the pay rise on Channel 7’s Sunrise program on Friday morning.

“The prime minister earns just $500,00, that is less than a lot of our TV personalities, it is substantially less than those who run our sporting codes and it is about one eighth of what a banking CEO will get.

While Mark Latham said: “It’s a bad look when the leading economic issue in Australia is stagnant wages. Some people haven’t had a decent pay increase for five or six years so perhaps it’s time to put the pollies on an incentive scheme in Canberra.

“If they can develop the economic policies to lift up wages across the country they can have one themselves.”

Read more: Free travel to super packages: The perks of being a former prime minister

This isn’t the first pay rise for Scott Morrison this year though, as the prime minister has actually seen his salary raised on three occasions within the past 12 months.

According to The New Daily, Morrison’s annual salary has risen by $141,229 since July 2018, due in part to his rise to the rank of prime minister, having replaced Malcolm Turnbull in August last year.

The latest 2 per cent rise will give him an extra $10,769 from July 1, while he also previously secured an additional bump of $12,409 last July, while he was still treasurer, bringing his salary to $420,409 at the time, just one month before he ousted Turnbull from the top job.

What are your thoughts on this story? Do you think it’s right for MPs to receive a pay rise?