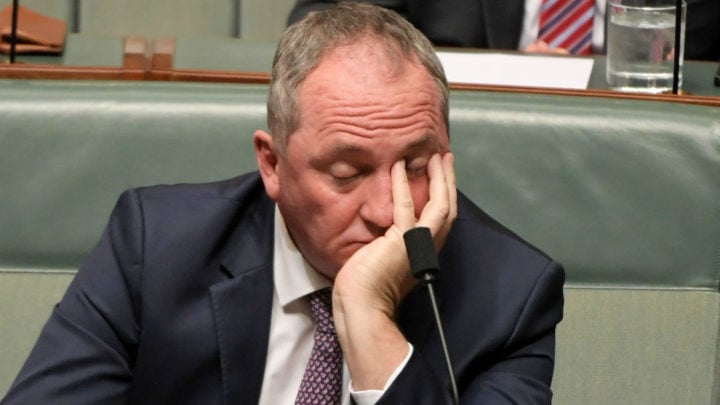 Michael McCormack has been returned as leader of the National Party following a spill in the party room, which was triggered on Sunday following the resignation of former deputy leader Bridget McKenzie.

McCormack was challenged by Barnaby Joyce for the top job, however it was announced on Tuesday morning that the former deputy prime minister had lost his bid to reclaim leadership of the party.

Meanwhile the deputy leadership role, which was left vacant after Senator McKenzie stepped down following the sports rort scandal, has now been filled, with Drought Minister David Littleproud elected into the position.

Party whip Damian Drum announced the news following the party room meeting on Tuesday morning, however refused to reveal the margin by which McCormack retained his position.

Speaking following the ballot, McCormack denied that there was any bad blood between himself and Barnaby – despite Joyce’s challenge making McCormack the first Nationals leader to be challenged in three decades – adding that they had “shook hands” and agreed to move on.

“That’s three times in less than two years. I think that is enough to warrant me leading the party going forward.”

David Littleproud, who is currently the minister for water resources, drought and natural disaster, also addressed reporters this morning following his election to the deputy leadership of the party, describing it as a “proud day”.

“I believe very much in the values of the National party,” he said. “This is about hope, this is about vision for our people in regional and rural Australia. This is about now back to business.

“The shenanigans are over, it’s time to get back to looking after those people that are facing drought, that have faced up to the fires. It’s time for us to focus on them, not us. The party has to focus on that.”