InstagramFollow us on Instagram
chevron_right
In Money on Friday 17th May, 2019

Federal Election 2019: An easy guide to what’s in it for older Australians 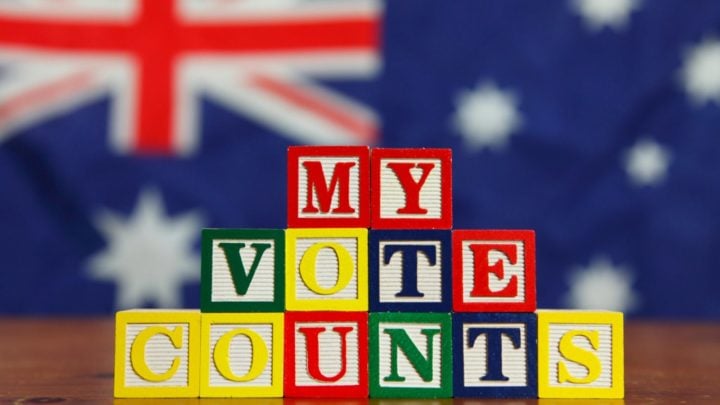 About seven million older Australians will vote at the May 18 federal election, and they have firm ideas about the issues of importance to them.

Older Australians have a lengthy list of demands for our next federal government, top of the list of which is for a greater priority to be placed on aged care, health care and the Age Pension.

That’s according to a new survey by the Council on the Ageing (COTA), which asked almost 3,000 veteran voters what would sway them at the ballot box on May 18. Over-60s are also considering each party’s stance on economic management, education, taxation and climate change, the COTA survey found.

But it can be difficult to keep track of the various policy pronouncement issued during an election campaign, with politicians giving daily updates on their views on the hot topics.

This election, we have the Coalition looking for its third term in office since winning the 2013 election, and Labor hoping to return to government on the back of sweeping reforms to tax, negative gearing and healthcare.

There’s also a host of minor parties angling for your vote, but realistically, it is likely either Labor or the Coalition will form the next government, which raises the question – what would a new Labor government mean for retirees, compared to the election commitments promised by the Coalition?

Of course, we’re not here to tell you how you should vote. Instead, we’re taking a look at some of the election issues that have hit the headlines or are important to older Aussies to help you make up your own mind.

Fixing a loophole – or a retiree tax?

It’s been one of the key ideological battlegrounds of the election campaign – Labor’s plan to abolish cash refunds of unused franking credits.

If you don’t understand what all the fuss is about, here’s the quick explanation. Since double taxation of dividends was scrapped by the Bob Hawke and Paul Keating government in 1987, franked (or tax-paid) dividends have come with a tax rebate attached. This can be used to reduce tax paid on income from other sources.

Since 2001, when Keating’s system was changed by John Howard and Peter Costello, any amount of that rebate not used by personal investors to reduce their tax bill can be paid out in cash – providing additional income for individuals and super funds that pay no tax.

Labor will abolish those cash refunds, saying that continuing them would cost the budget nearly $60 billion over the coming decade. Labor claims the majority of the refunds are paid to wealthy individuals and argues the funds could be more fairly spent on health and education.

There’s protection for pensioners and some low-income members of Self-Managed Super Funds (SMSFs), who won’t be affected by the proposed new rules.

The Coalition has rejected Labor’s claims, calling  the plan to scrap franking credit refunds a ‘retiree tax’ and saying the current system would continue unchanged under a Morrison government.

Council on the Ageing (COTA) chief executive, Ian Yates, says the proposal had generated a lot of publicity and divisive argument, despite most people not being affected. That’s far from the case on the next issue, though.

Aged care goes under the radar

If you haven’t heard much about aged care during the election campaign, that’s because it hasn’t got much attention from either party as a major policy platform, something Yates is critical of.

“Access to aged care is a very big issue for more than two thirds of our constituents,” he says. In fact, in COTA’s survey, 66 percent of respondents said that access to good-quality aged care was priority for them.

Ian Hensche, chief advocate at National Seniors Australia, has also taken aim at the lack of policy detail, saying the failings of the system were worrying older people.

“The number of people requiring home care packages is outstripping supply,” he says. “There are unacceptable waiting times. Average wait times are almost two years. More than 92,000 are waiting for high-level 3 and 4 packages so they can stay out of a nursing home.”

The recent federal budget included funding for an additional 20,000 home care packages, together with support for an additional 13,500 residential care places. Overall, Ken Wyatt, the Coalition’s Minister for Aged Care, says spending on aged care has jumped by $1 billion a year since 2013 and that it’s on track to spend $20 billion this year, compared to the $13.3 billion Labor spend in its final year in power.

Labor leader Bill Shorten, meanwhile, released his own pledges on aged care on May 12, saying it would work with unions and other groups to improve the quality of care, ensure that the Australians most at need are prioritised for home care packages and increase training opportunities for aged care workers. It did not, however, release costings for its promises.

Keeping the lights on

Both parties say they will take action to reduce energy prices, but they’re coming at it from very different directions.

The Coalition argues prices will fall as a result of the introduction of a price safety net, which involves setting a default, or standard, power price for all consumers from July 1. It has also promised to take a ‘big stick’ approach to stop energy companies from ripping off consumers and, if it retains power, provide funding to help with the cost of new energy generation.

Like the Coalition, Labor plans to regulate power prices, but also hopes to lure environmentally conscious voters its way by backing renewable energy as the best way to deliver cheaper power. With a renewable energy target of 50 percent by 2030, Labor is drawing a clear distinction with Coalition policy, which is to not favour any particular form of power generation.

Health is one of Australia’s biggest budget outlays, and both COTA and National Seniors Australia agree that healthcare is a major issue for more mature voters. As a result, it isn’t a surprise to see promises of billions of extra dollars in healthcare funding.

“Health costs are increasing at a rate far above inflation,” Hensche says. “Much of this is caused by rising fees charged by private specialists. People on low and fixed incomes are particularly hard hit. Many defer medical treatment or cut back on their private health cover when faced with crippling costs.”

The dental plan is one of Labor’s big-ticket announcements, with $2.4 billion allocated to help nearly three million retirees with the cost of dental work. Under the proposal, Age Pensioners and holders of a Commonwealth Senior’s Health Card will be able to access $1,000 worth of dental services every two years.

The Coalition campaign on health, meanwhile, relies heavily on previously announced Budget measures, drawing on its record of increasing bulk-billing rates, broadening Medicare coverage of diagnostic imaging such as MRI and PET scans for breast cancer, and record investment in the Pharmaceutical  Benefits Scheme.

The current government claims to be already providing “record funding for hospitals, medicine and Medicare”.

Although inflation, as measured by the Consumer Price Index, is at record lows, some costs are still rising.

Yates says while there’s general concern about the rising cost of living amongst retirees, low-income retirees in the private rental market are having a particularly tough time. Neither of the major parties have outlined support for private-renter retirees at this stage, although both are campaigning on the platform of keeping housing affordable more generally.

Labor claims its tax reforms, which include restricting negative gearing to new housing from January 2020 and halving capital gains tax concessions on some property investments, will cool the demand from property investors that drives up prices, and thus help first-home-buyers get into market. The party says its policy will also support the construction of new housing.

The Coalition says, however, that scrapping negative gearing will hurt investors and put even more pressure on property prices in what is currently a slowing market.

A re-elected Coalition government would continue its support for previous measures to support housing affordability, including the First Home Super Saver Scheme and downsizing measures for retirees.

What else can we expect?

We’ve only touched on some of the election commitments made so far, and there’s a good chance you’ll hear about some new promises in the final few days before the polls, possibly on the topics that have been neglected so far, such as the Age Pension (at least, neglected by the major parties; One Nation proposes to increase the maximum basic pension for a couple by $150 per fortnight, at a cost of about $10 billion a year).

We’ll be keeping track of any new policy announcements that impact over-60s, so don’t forget to check back here regularly for new information about how the election might affect you.

What is the key election issue for you? Are you satisfied by the policy announcements you’ve heard so far?