Everything you need to know about Brexit 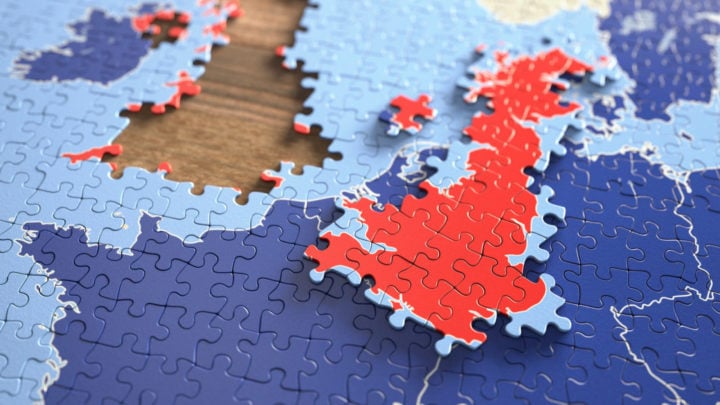 It's the first time a member state has left the EU. So what's in store for the UK? Source: Getty.

The last day of January 2020 marks the day that the United Kingdom will finally leave the European Union (EU) after what seems like a lifetime of decision making and political toing and froing. But, with so much misinformation out there, what will the departure actually mean for the UK and how will it affect Australia’s relationship with Britain?

To gain a better understanding, Starts at 60 has dissected Brexit and clarified some of the ins and outs of the big move.

Brexit – short for British exit – is the term used to refer to the UK’s decision to leave the EU. In June 2016, a referendum was held where  51.9 per cent of voters (17.4 million UK residents) opted to leave the EU, while 16.1 million or 48.1 per cent voted to remain. While England and Wales saw a majority of voters wanting to leave, every local council in Scotland recorded a majority wanting to stay.

How did it come about?

The UK originally joined the EU in 1973 allowing them free trade of goods between member countries as well as free movement of people to live and work in any of the 28 member countries. Brexit is a historical moment for the EU as Britain will become the first and only member state to withdraw from the economic and political union, reports the BBC.

The original deadline for the departure was 29 March 2019, however this was pushed back on two occasions after British MPs rejected the deal that had been negotiated by then-Prime Minister Theresa May. After down voting May’s deal for the third time, she was forced to retire – leaving the current Prime Minister Boris Johnson to revise a new deal that most notably removed the controversial backstop that was originally negotiated by his predecessor.

The backstop ensured there would be no border posts or barriers between Northern Ireland and the Republic of Ireland following Brexit. Under Johnson’s new deal, a customs border will be created between Northern Ireland and Great Britain which will see some of the goods travelling between the areas subject to checks, as well as possibly requiring payment for EU import taxes or tariffs.

Having set a new deadline of 31 January 2020, Johnson called for an early general election on December 12 2019, which saw the Conservative Party take out the majority, and the Brexit legislation passed.

Following the official departure date, the UK will enter a transition period – also referred to as the implementation period – which is due to end on December 31 2020. Over the next 11 months Britain will continue to adhere to the EU’s rules and maintain regular trading relationships, whilst attempting to agree on a new free trade agreement that will allow goods to move around the EU without checks or extra charges.

Despite Johnson stating the transition period would not be extended, the EU has warned that the deadline will be challenging, and if a decision can not be made before the end of the year, the UK could head into their independent phase with no deal in place meaning goods travelling to the EU would be subject to additional tariffs or taxes.

Along with trade, leaving the EU means Britain has to consider how they will deal with law enforcement, aviation standards, access to fishing waters, supplies of electricity and gas, and the licensing and regulation of medicines.

What will this mean for Australians in the UK?

The good news is that not much will change in the short-term regarding visa arrangements for Australians living, working in or travelling to the UK or the EU, including those with dual Australian-British citizenship. Those who want to continue living in the UK following Brexit can use the official government visa and immigration tool to figure out their visa status and rights to stay, however the usual rules will most likely still apply.

Are you worried about what Brexit will mean for you?