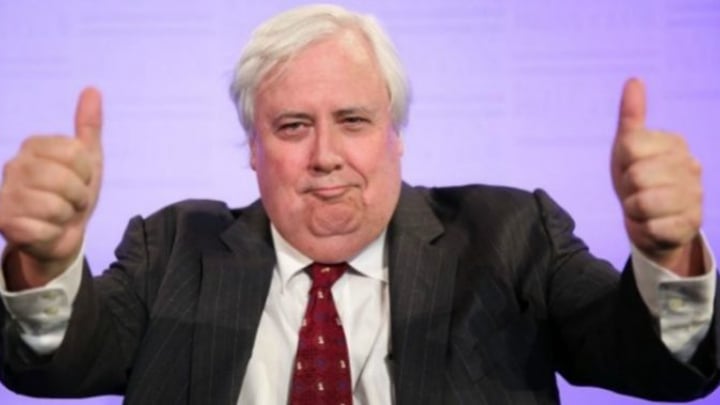 He may owe millions of dollars to his collapsed company Queensland Nickel, but that hasn’t stopped Clive Palmer from splashing some serious cash on two new properties.

The Gold Coast Bulletin exclusively reports that the businessman has come under fire from the Queensland Government for purchasing two luxury properties in Queensland, despite owing millions to creditors for unpaid funds.

In documents cited by the Gold Coast Bulletin, it’s alleged that Palmer purchased two properties on the Gold Coast, worth more than $4 million. The house and vacant land are both on the exclusive Sovereign Island, taking his family’s property portfolio on the island to about $20 million. It has been reported that an additional three homes on the island are owned by his son, Michael, four are in the name of his wife, Anna Alezandrova Palmer, while one is in the name of his daughter, Emily Susan Moraig Palmer.

These properties haven’t come without controversy for Palmer, who earlier this year was fined $25,000 for attempting to offload one of his mansions to his son. Palmer breached a clause in an agreement relating to the transfer of properties on the island by failing to notify The Sovereign Island Gateway Company when he shifted ownership of his $1.3 million property to Michael, 15 years ago.

In 2016, Palmer’s mining company was placed in the hands of liquidators after the business racked up millions of dollars worth of debt. The liquidators are still attempting to sue Palmer for $106 million, which they are trying to claim from his other companies.

“It’s extremely disappointing to hear reports like this when more than two years after the collapse of Queensland Nickel, the company’s former workers are still waiting to get their entitlements from Mr Palmer,” the spokesperson said.

Palmer’s political party, the Palmer United Party (PUP), was also thrown into chaos last year and formally disbanded after numerous MPs and Senators quit. Still, Palmer has hinted that despite his money problems, a return to politics isn’t out of the question.

Taking to his personal Facebook page last month, the 64-year-old announced PUP would contest every seat in the House of Representatives and the Senate in every state of Australia” at the next election.

“Since I left Parliament I have experienced the frustration and helplessness that all Australians experience with the major political parties,’’ Palmer said at the time. “It’s time for Australia to reset its agenda for economic growth and prosperity. The full weight of the Federal Government has been improperly mobilised against me and my employees.”

Is it fair for Clive Palmer to purchase new property when he still owes so much money following the Queensland Nickel collapse?