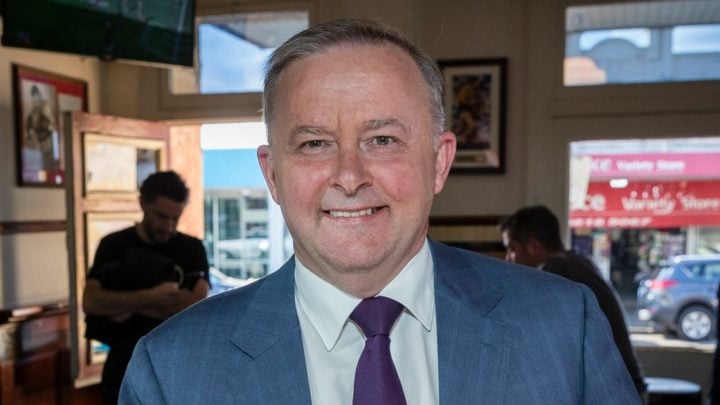 Anthony Albanese has been announced as the new Labor Party leader. Source: Getty

Anthony Albanese has been confirmed as the Australian Labor Party’s new leader.

The politician went unopposed for the position, with nominations for the role closing on Monday morning.

Taking to social media shortly after the announcement was made, the 56-year-old said he was “honoured” to be chosen for the job.

“Honoured to be elected 21st leader of @AustralianLabor,” Albanese wrote on Twitter.

Honoured to be elected 21st Leader of @AustralianLabor. Thank you to members of caucus, rank and file members and affiliates for your support.

Together we can return our great Party to government in three years time.

I’ll be holding a media conference at noon.

“Thank you to members of caucus, rank and file members and affiliates for your support. Together we can return our great party to government in three years time.”

The new leader is expected to hold a press conference to formally accept the leadership position at noon on Monday.

Albanese was highlighted as the favourite going into the ballot with only Shadow Treasurer Chris Bowen putting his hand up to run last week before withdrawing his intentions the next day.

Appearing in front of reporters on Wednesday last week, Bowen said he wouldn’t be challenging Albanese – admitting his colleague had the support to run and it was clear he wouldn’t be able to beat him.

Bowen added: “It wouldn’t be fair for me to put the party through the cost, the process or the delay of choosing their next leader. I wish Albo the best and I wish anyone else who makes it into the Ballot the best.”

There had also been speculation that Tanya Plibersek would take a shot at the position but this was later denied by the politician who announced she was not planning to run.

“I am overwhelmed by the confidence my colleagues, the union movement, and Labor Party members have placed in me,” she said in a statement according to the ABC.

“I thank them from the bottom of my heart for their support. But now is not my time.”

It is believed the politician will not retain her position as deputy leader with Victorian MP Richard Marles expected to fill the role, the ABC reports. He is currently the only person to put his hat in the ring for the job.

Are you happy to hear Anthony Albanese is the new Labor Party leader? Do you think he will make a good leader?