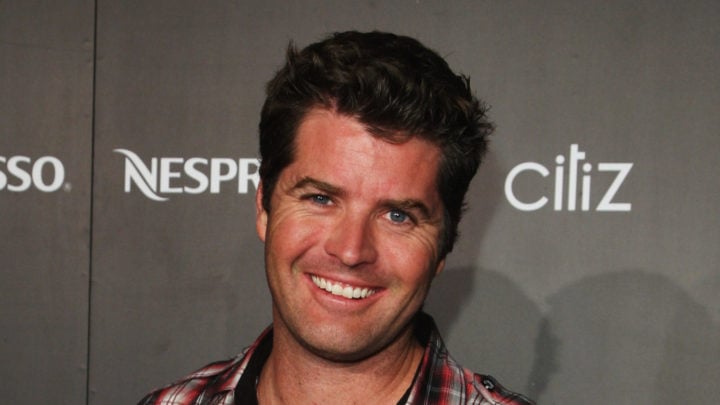 Celebrity chef Pete Evans is no stranger to criticism for his beliefs about diet and health but his latest suggestion has really got health officials scratching their heads.

The My Kitchen Rules judge has been slammed by the Australian Medical Association (AMA) New South Wales for advising people spend time gazing at the sun.

Taking to his Instagram page earlier this week, Evans shared a photo of himself standing outside on a warm summer day looking up at the sun, something he claims he does regularly.

Everyday I love to immerse myself in an experience within the cleansing ocean water as well as a brief gaze into the radiant light of the early rising or late setting Sun. These simple, yet powerful practices have got to be two of the best forms of free medicine on the planet for body, mind and spirit. #sungazing 🌞👁💦❤️

“Everyday I love to immerse myself in an experience within the cleansing ocean water as well as a brief gaze into the radiant light of the early rising or late setting sun,” he wrote on the post. “These simple, yet powerful practices have got to be two of the best forms of free medicine on the planet for body, mind and spirit.”

Fans were quick to thank the chef for his suggestion with many claiming they will follow suit and have a go themselves.

“Interesting. I’m years in of having a vitamin D deficiency that I am trying to fix. I will try this. Thank you,” one person commented.

Another added: “Vitamin D best absorbed into the eyes… the salt on skin so detoxing for physical benefits but the mental aspect goes next level,” another added.

However, AMA NSW isn’t so keen on the idea, urging Aussies not to spend time sun gazing.

“We’re getting a little tired of saying this but: please don’t follow advice from Pete Evans,” a post on its Twitter page read. “Especially if he’s suggesting you ‘gaze’ at the sun.”

We're getting a little tired of saying this but: please don't follow advice from Pete Evans. Especially if he's suggesting you "gaze" at the sun.https://t.co/0kj3vuxzZb

Others echoed AMA NSW’s comments, claiming it’s harmful to look directly into the sun and should be avoided at all costs.

“I’ve had surgery to remove pterygiums [noncancerous, triangular growth may occur on one or both eyes] from both my eyes. 25 stitches in each eye after corneal grafts. Don’t look into the sun,” one person wrote.

“I did this when I was six years old, realised straight away it was the stupidest thing I could do through my practical experience. I was six and figured this out. Just saying…” another added.

While a third joked: “It will soon be the blind leading the blind”.

This isn’t the first time the AMA has warned Australians not to listen to Evans and his health advice. Earlier this year the organisation got into a fiery battle with the chef after it ordered Netflix to take down his television show The Magic Pill.

Their war of the words followed a series of comments claiming the film’s depiction of the high-fat, low-carb paleo diet treating conditions such as autism and asthma was “harmful”.

“The AMA believes that Pete Evans should stick to his very obvious talents in the kitchen and leave the science to the scientists,” AMA told Starts at 60 at the time. “When it comes to health advice, leave the health advice to the experts, which is predicated on years and years of research and medical evidence, and don’t put the public’s health at risk. Pete Evans is in a privileged position, it comes with responsibility. He should respect that responsibility and not make claims that he can’t substantiate.”

The chef soon hit back at the comments, questioning the AMA’s real intentions.

“I believe that any criticism shows the fears and insecurities of the people or organisations making the criticisms,” he told Starts at 60 in June. “You will need to ask them why … the celebration of the most nutrient-dense foods on the planet is a cause for alarm for them, however they don’t seem to be asking TV networks or the mainstream magazines that advertise fast food, to remove them instead.

He added: “Why only approximately 25 per cent of doctors are now part of the AMA, when 40 years ago they had about 97 per cent. At the rate they’re going it looks like they won’t be around for much longer or even relevant.”

Are you a fan of Pete Evans? Would you take up his advice on sun gazing?