Love or money? Millions would ditch their partner if they won lotto jackpot 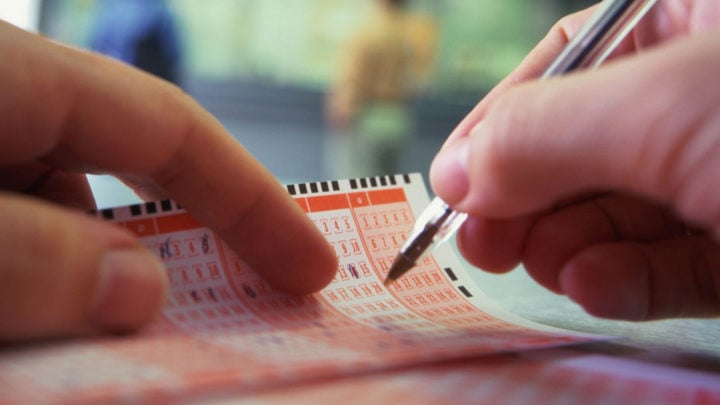 The UK survey revealed that many people would not be willing to split their winnings. Source: Getty (stock image)

Winning big on the lotto is sadly a pipedream that will never come true for most people, but that doesn’t stop the majority of us dreaming about what we would do if we were ever lucky enough to scoop a jackpot sum.

Now though, a new survey has revealed that it’s not just the endless prospects of what to spend the cash on that people have considered, as millions of people admitted they would go as far as to dump their partner if they possessed a winning ticket.

The research, carried out by One Poll in collaboration with Lottoland, found that as one in six people would use the windfall as an excuse to call time on their relationship, reports the Metro.

A total of 2,000 adults took part in the poll, which found that 16 per cent of people would not expect to share their winnings with their partner. And, while not everyone would go as far as splitting from their loved one, almost a quarter of people said they would not be willing to split the winnings 50/50 with their other half.

The main reasons for not splitting the cash equally include a lack of trust in the partner’s ability to keep the win under-wraps, while others were simply of the belief that ‘it’s my ticket, my money’. While one third of those who would refuse to share added that they already have an agreement in place with their partner under which all finances are separate.

And while the lucky winners understandably may be reluctant to share their winnings, it appears the doubts go both ways as 36 per cent of respondents said they would ditch their loved one if they bagged a big win and didn’t split the funds with them 50/50.

In contrast, just 16 per cent of people said they wouldn’t expect to receive a share of their partner’s jackpot at all.

“Sometimes, you have to choose between love and money, and this study shows many are prepared to do so,” a spokesperson for Lottoland told Metro. “It is quite shocking to discover just how many adults are only with their other half because they can’t afford to leave them.

“Everyone thinks they know what they would do if they won the lottery, and everyone has a plan on how to spend the money. But the reality can be very different.”

The poll also asked people whether they would keep their win secret, with four in ten admitting that they would take the secret to the grave with them. However, generosity seemed to win out in the end as 71 per cent said they’d happily dish out cash to their nearest and dearest if they picked the winning numbers.

Would you split your winnings?