Nurse re-arrested on suspicion of murdering eight babies in hospital 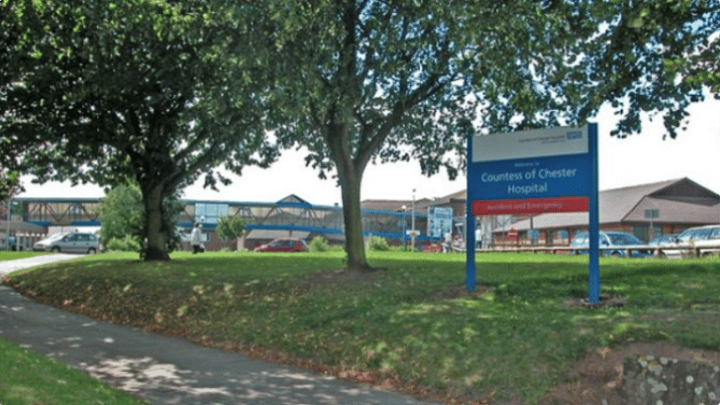 The tragedies happened at the Countess of Chester Hospital in Chester, UK.

A nurse has been re-arrested on suspicion of murdering eight babies and the attempted murder of another six in a UK hospital.

Lucy Letby was last year arrested and questioned as part of an investigation into the deaths of 17 babies and 15 non-fatal collapses at the Countess of Chester Hospital, between March 2015 and July 2016.

She was later released on bail at the time, however according to The Sun she has been re-arrested this week and is again being quizzed over the tragic deaths.

In a statement to the news outlet, Detective Inspector Paul Hughes – who is in charge of the investigation – confirmed the woman has been arrested for the second time, this time in connection with the previous deaths and attempted deaths – as well as the attempted murder of three additional babies.

“As part of our ongoing investigation we have today re-arrested the healthcare professional on suspicion of murder in relation to the deaths of eight babies and the attempted murder of six babies,” he explained.

“She has also been arrested in connection with the attempted murder of three additional babies.”

Hughes added: “The woman is currently in custody helping officers with their enquiries.”

Last year Letby’s garden was reportedly dug up as part of the investigation. According to The Independent newspaper, police officers carrying spades and rakes were seen entering the home, before using a step ladder to climb over her fence – which leads into nearby woodland.

The home was just a few minutes away from the hospital where she had been working for eight years as a children’s nurse. According to multiple news outlets, police had put up a blue forensic science tent in the front garden, while they were believed to be searching the back garden hidden behind her property and several gutters around the house.

A second hospital, Liverpool Women’s Hospital, was also confirmed at the time to be cooperating with police in the investigation. A spokesperson for Liverpool Women’s NHS Trust told The Guardian last year that the nurse had completed some training at the hospital previously.

“There is currently no suggestion that any patients at Liverpool Women’s came to any harm in relation to this investigation,” they added.

It’s thought to be the first major UK police investigation into child deaths in hospitals in 30 years, after nurse Beverley Allitt, nicknamed the Angel of Death, was jailed for 30 years for murdering four children with lethal injections. She was also convicted of the attempted murder of three more, all in the early 1990s.

The investigation, dubbed Operation Hummingbird, was first launched in May 2017.