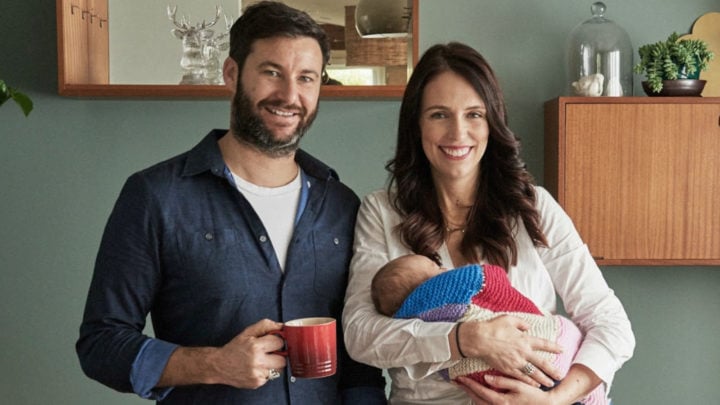 New Zealand Prime Minister Jacinda Ardern and her long-term partner announced some happy news on Friday, as it was confirmed that they are engaged.

The 38-year-old reportedly became engaged to Clarke Gayford, 41, over the Easter holiday period, a spokesman for the PM confirmed, according to New Zealand news outlet Stuff.

The media company reports the exciting engagement took place during the couple’s weekend away in Mahia, on the North Island’s east coast. The beachside settlement is close to Gayford’s hometown of Gisborne.

Reports claim Ardern was wearing what appeared to be a diamond ring on her left hand on Friday at a ceremony at Pike River. However, it was on her middle finger.

No further details about when they will tie the knot have been released and the prime minister is yet to speak publicly about her special news.

However messages of congratulations have begun to roll in for the happy couple who welcomed their first child to the world last year.

Opposition leader Simon Bridges took to social media with a special message for Ardern and her soon-to-be husband.

Natalie and I extend our congratulations to the PM and Clarke on their engagement.

“Natalie and I extend our congratulations to the PM and Clarke on their engagement,” he wrote on Twitter.

The PM took to Instagram to reveal the happy news less than two hours after the birth and shared a sweet selfie of her and Gayford cradling their new arrival, which she affectionately dubbed “wee one”.

Welcome to our village wee one. Feeling very lucky to have a healthy baby girl that arrived at 4.45pm weighing 3.31kg (7.3lb) Thank you so much for your best wishes and your kindness. We're all doing really well thanks to the wonderful team at Auckland City Hospital.

In the post, the leader said she “feels very lucky” and thanked everyone for their best wishes, as she updated her social media accounts from the comfort of her bed at the Auckland City Hospital.

Shortly after the arrival of the sweet bub, who will turn one next month, Ardern thanked everyone for their support throughout her pregnancy and the birth of little Neve.

“I also wanted to start by, on behalf of Clarke and I, thanking everyone here at Auckland City Hospital for the kindness, the warmth and the care that they have shown since the time that we arrived,” Jacinda said outside the hospital.

She went on to speak about the streams of messages they have received from members of the public, and the kindness shown to them from everyone including security staff, nurses, and cleaning staff in the hospital.

“To me in those moments and those messages, we just saw a reflection of how open and generous New Zealanders are, and that has been the case all the way through,” she added before joking: “We’re all doing really well. Sleep deprived, but really well!”

Do you have a message of congratulations for Jacinda Ardern and her partner? Are you happy for them?