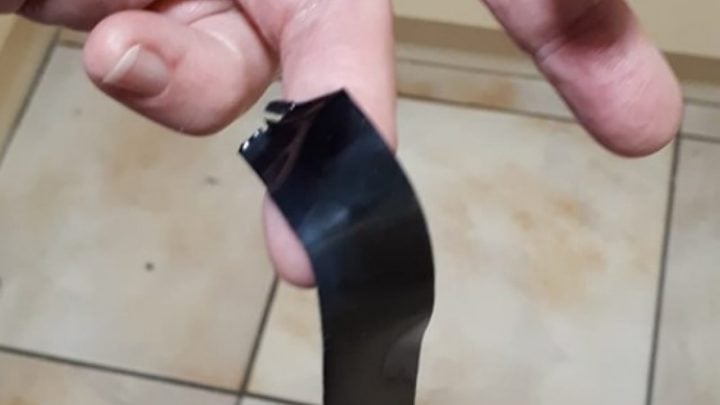 A worried woman has pleaded for advice after finding a suspicious piece of a black tape stuck to her letterbox – prompting claims her home could have been ‘marked’ by criminals.

Taking to social media this week, the New South Wales resident admitted she had a “strange feeling” after spotting the tape outside her home in Ballina. She said she had read about houses being “marked” and asked others in the area if they had come across the same thing – and whether or not it was something to be worried about.

In the post, shared on Facebook group Ballina Crime Reports, the woman explained she removed the tape immediately just in case but was unsure what it meant.

“Call me crazy but I just want to ask if this piece of black tape I found hanging on the side of my letterbox means anything,” she wrote alongside a photo of the tape. “Only put there in last 2 hours. Might just be kids and that’s fine. Carnt [sic] be to [sic] careful these days.

“I took it off straight away. I had been out all day and it wasn’t there when I got home in arvo [sic]. 2 hours later it was there.”

The woman was inundated with replies, with many claiming it could be a mark for people out to steal pet dogs, while others claimed it could be marking the house for a potential robbery.

“If you have animals please lock them away, could be someone marking for someone to come back later,” one person commented.

“Could also mean a mark for an easy target for a robbery,” another wrote. “We had that happening in our street months ago. Got marked on our gutter with chalk and I washed it off.”

Another suggested: “I’d get rid of it just in case. Could mean a lot of things… mostly bad… I mean could just be kids but I wouldn’t take the risk.”

While it still remains a mystery as to what the tape means, the woman said she was grateful for the advice from the friendly people in her community.

In further comments on the post she wrote: “Hoping it was just kids but I will check with neighbors [sic] today. Thanks everyone for our thoughts and advice. Very much appreciated. Have to look after each other.”

The woman also added: “I have just read so much about being marked I was concerned. I really appreciate all your input.”

Have you ever found a piece of black tape on your letterbox? Do you know what it means?