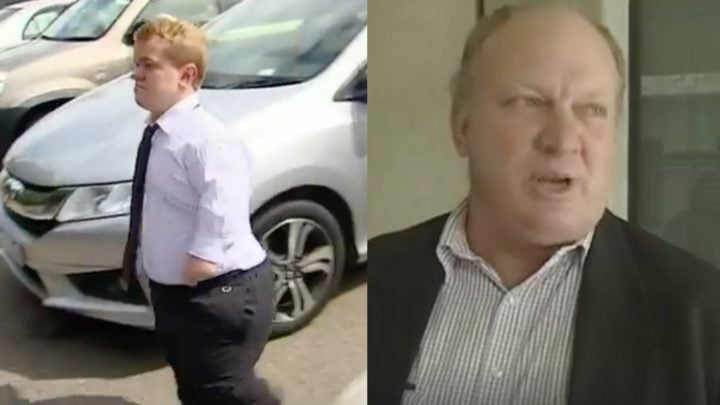 An Australian MP’s son who pleaded guilty to 35 child sex offences has avoided jail after a judge reportedly expressed concerns over how he’d handle everyday tasks behind bars, due to his dwarfism.

Daniel James Knuth appeared at Townsville District Court on Friday morning where, according to The Courier Mail, he was sentenced to four years jail time, wholly suspended for five years.

Knuth, who is the son of Queensland state Katter’s Australian Party MP Shane Knuth, was originally facing up to 15 years behind bars.

The court reportedly heard how he used a fake Facebook profile to chat to 27 young girls and engage them in sexual conversations – including pressuring many to send him naked photos.

Under the guise of a personal trainer, the 22-year-old kept the conversations going between October 2016 and September 2017, the Townsville Bulletin previously reported.

Knuth’s defence barrister argued at a previous sentencing hearing in December that prison would be a “very difficult” environment for him, due to his dwarfism. He reportedly revealed at the time that Knuth had undergone 17 surgeries in his life to correct bone deformities.

According to The Courier Mail, a report from the management of the Townsville Correctional Centre specifically expressed concerns around his toiletry requirements – with Knuth needing help to use the facilities.

“If he was an able bodied offender there is simply no question at all that he’d be going to jail and going to jail for quite some time,” Judge Greg Lynham reportedly said at the time.

“I think the biggest issue and it’s made clear – simply put there is no one to attend to Mr Knuth’s toileting needs.”

Prison management is also said to have expressed concerns over not having any special bedding available, designed to ease Knuth’s pain.

Judge Lynham reportedly labelled the case “sad” and “pathetic” and claimed Knuth would likely never have a girlfriend.

Speaking to 7 News after the hearing, Shane Knuth said of his son: “Daniel knows he’s done wrong and we don’t condone what he’s done.”

Knuth was also placed on a three year probation order.

What do you think of the sentence? Was it fair, given his medical issues, or not?