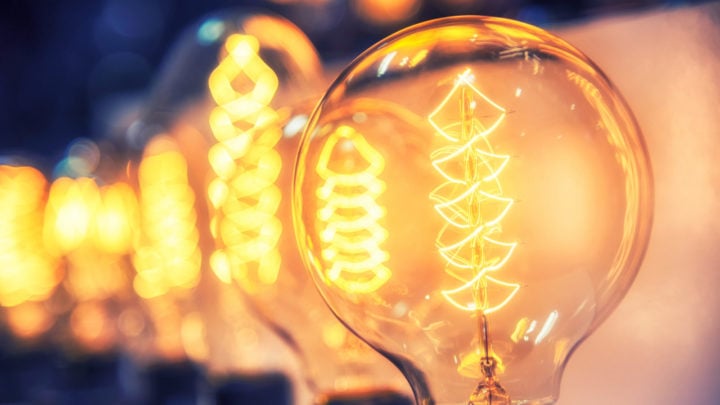 The Morrison Government has called for a rule change regarding late payment fees issued by energy retailers across the country. Source: Getty

Australians could see a massive drop in their energy bills in the near future as the government works to crack down on the “sneaky” late payment fees charged by energy retailers across the country.

On Monday the Morrison Government announced a plan to reduce the energy price burden on Aussies who have been hit hard with rising electricity costs, by submitting a rule change proposal to the Australian Energy Market Commission (AEMC).

The proposal, outlined by Energy Minister Angus Taylor, called for an end to hefty penalty fees on contracts that promise customers discounts on their bills if they meet certain conditions, such as paying on time or using a particular payment method, in a bid to assist Australians financially.

Currently energy retailers can offer large discounts of up to 45 per cent of a customer’s bill, promising a reduced cost if they meet certain conditions set out in the contract. However, if they fail to do so they are often charged a significant late payment fee leading to a much higher bill than expected.

According to the Australian Competition and Consumer Commission, on average one in four customers fail to meet these conditions and so pay far more for electricity than initially detailed. In New South Wales residents can typically pay anywhere up to $1,000 more a year due to these fees, compared with South Australians who can pay an extra $600 and Queenslanders who can pay $500 more.

“This rule change will not only reduce confusion for families and families and small businesses but also enable them to make more empowered and informed decisions about their energy plan,” he explained.

Consumer advocacy group Choice has already thrown its support behind the government’s decision, welcoming the changes to late payment fees on energy.

“Now we need our energy regulators, the AER (Australian Energy Regulator) and the AEMC (Australian Energy Market Commission), to stand up to the inevitable industry lobbying to water down this change, and develop clear, strong rules that deliver fair and affordable bills for customers.”

Australians have experienced skyrocketing energy prices over the past decade with government figures showing the cost of household electricity bills rose 75 per cent between 2003 and 2013 alone. Prices have risen even more since then, with many families and pensioners saying they struggle to pay their quarterly bills.

While pensioners receive an energy supplement of $14.10 on a single pension and $10.60 for a couple per fortnight, the boost only makes a small dent for many across the country who are facing electricity bills of up to $1,898.80 per year.

What are your thoughts on the rule change? Have you been charged “sneaky” late fees on your energy bills?