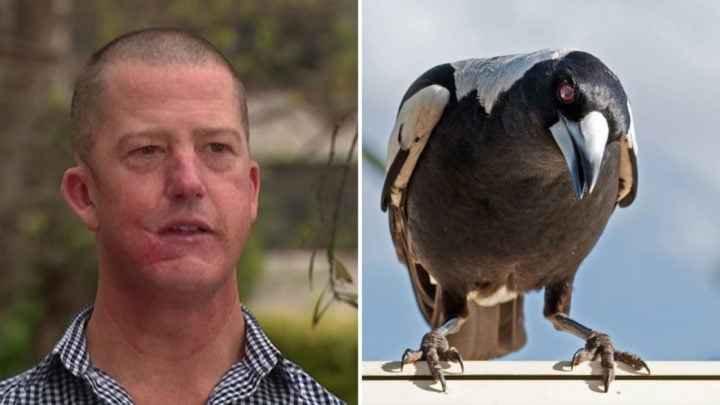 Australians were shocked on Monday when it was discovered a 76-year-old man died from serious injuries after he was thrown from his bicycle while trying to escape a swooping magpie and now a witness has recalled the horror of the tragic incident.

Speaking to 7 News Sydney on Monday evening, witness Nathan Foster explained that he and his wife were out for a ride in Nicholson Park at Woonona near Wollongong on Sunday when the magpie started swooping them.

“A group of four cyclists coming the other way, one of them veered off the track and hit the fence,” Foster explained. “He didn’t get swooped, because it was actually swooping my wife behind me at the time, but I can only assume he was distracted by that magpie.”

Witnesses originally told police the man – now identified by family members as Alan Seaman – rode off the road to dodge the swooping bird. Police confirmed in a statement that Seaman was treated at the scene before being transported to St George Hospital in a critical condition.

Sadly, the 76-year-old died in hospital on Sunday evening and officers from the Wollongong Police District are now investigating the incident and preparing a report for the Coroner. Meanwhile, Foster explained that the magpie in question is known to swoop cyclists in the area and that Seaman might have taken his eyes off the footpath and failed to take a slight bend.

“He was in a pretty bad way so I called triple zero straight away and my wife started first aid on him when we got there,” he said. “We sort of continued that until the ambulance came.”

Foster said that when ambulance arrived at the scene, they were able to get Seaman’s heart started again, but that he was in a bad way. He described the incident as “distressing” and said it wasn’t the outcome he and his wife hoped for.

Meanwhile, friends and family of Seaman – who was a school principal – have remembered him as a highly regarded member of his community. His son-in-law Bob Simpson appeared on 10 First News to lead tributes and described him as “a special man”.

Community member Jason Crosskey also appeared on 10 News First and revealed his shock by the news. He said: “I feel sad for him. You’re just going for a nice ride and for something like that to happen is pretty alarming.

His grandson, Michael Koutsoufis, shared a photograph of Facebook and wrote: “Next beers on me pop [sic].

Despite the attack, there is little Wollongong City Council can do, but residents have been warned to be on the look out.

“Magpies are protected birds in NSW. While for most of the year they are not aggressive, they will swoop to protect their territory during their nesting period, which is generally between August and October,” the council said in a statement. “In early September, following information from residents in the area, Council staff placed a sign advising people to take care around the Woonona Surf Lifesaving Club area as there were magpies nesting.”

Additional signage and decals will be placed on the shared pathway to alert people to the swooping behaviour, while the council also said it was “deeply saddened” about the latest incident.

According to Magpie Alert – a website designed to track and record attacks Australia-wide – there’s been 1,780 magpie attacks and 216 reported injuries this year alone. The birds can become particularly vicious when protecting their young and many protect themselves by walking different routes, wearing helmets and goggles and staying away from swooping birds during spring.