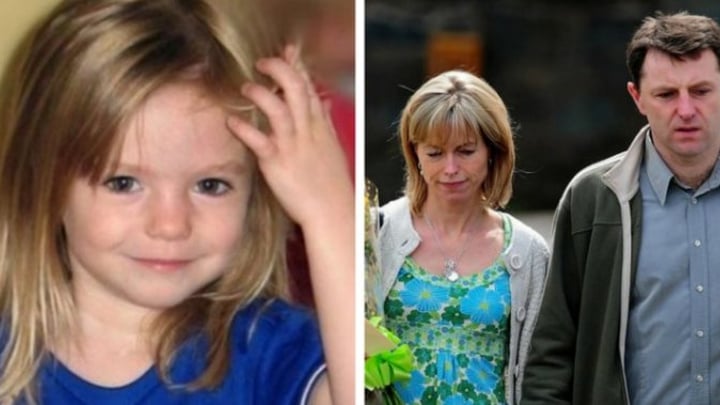 Maddie McCann has been missing for 11 years. Source: Getty.

The devastated parents of Madeleine McCann have vowed to keep looking for her, in a heartbreaking message posted exactly 11 years on from the day she disappeared.

Kate and Gerry McCann shared a wanted posted for their daughter to mark the anniversary, with a renewed plea for supporters to never forget her – as she’ll always be their “little girl”. Thanking supporters for their backing over the years, the couple said that while their life was “full and busy” now, they never wanted their daughter to be forgotten because as she is a “real person”.

“It gets harder to know what to say or write as each anniversary of Madeleine’s abduction approaches then passes. Life is full and busy which helps but Madeleine is still missing and she is still dearly missed,” they wrote in a post on the official Find Madeleine Campaign Facebook page.

“After eleven years such warmth and persisting solidarity is truly remarkable, and at the same time a real tonic and boost to our spirit. We couldn’t bear for Madeleine to be forgotten or to become just a ‘story’. She is a real person and still our ‘little girl’ and as we always have, we will endeavour to do whatever it takes to find her.

“Thank you so much for staying with us on this mission.”

As investigations continue into Maddie’s mysterious disappearance, her parents also shared their shock and happiness that new information continued to come in on her possible whereabouts, insisting that “perseverance and hope remain”.

The youngster, aged three at the time of her disappearance, went missing on the evening of May 3, 2007, from her bed in a holiday apartment in Praia da Luz, a resort in the Algarve region of Portugal, while her parents ate at a restaurant nearby.

Not a trace of the little girl with the uniquely shaped right pupil has been found since, leaving her family on an endless pursuit for answers.  Their anniversary message comes after funds were recently approved for police to pursue what they called a final line of inquiry.

According to the Mail Online, the Home Office in Britain handed out further funds to Operation Grange – the Met Police’s official investigation into Maddie’s case – with a Home Office representative telling the publication the government remained committed to finding the little girl. Scotland Yard declined to share any more details on the ongoing investigation.

Kate and Gerry said at the time that they were “incredibly grateful” for the continued funding, and their spokesman Clarence Mitchell added to the publication: “It gives them hope that one day they may finally find out what happened to their daughter.”

“She’s still our daughter, she’ll always be our daughter,” she said. “Madeleine is part of our life, there’s photographs all round the house. Whether it be a birthday, family occasion or even an achievement or something, that is kind of when you really feel her absence.”

The story of Madeleine’s disappearance has captivated the world, with millions of parents sympathising with the McCanns. It’s difficult to imagine how anyone could handle something like this happening to their child or grandchild. The McCanns say the overwhelming public support has helped them get through the ordeal.

Have you followed the tragic case through the years?