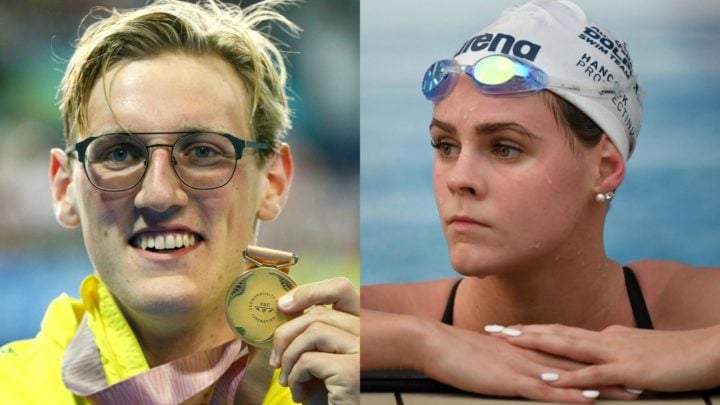 Australian swimmer Mack Horton has finally broken his silence on his controversial podium protest, saying he would have openly slammed China’s Sun Yang even if news of his Australian team colleague Shayna Jack’s positive drug test had come out that day.

Mack sparked a fierce debate last month after refusing to share the podium with accused drug cheat Sun, despite finishing second behind his rival in the world championships.

Now in a candid interview with Seven’s Sunday Night program, the 23-year-old champion spoke about his protest, as well as his fellow teammate Shayna’s recent doping scandal – saying despite them being on the same team, it had not changed his position on drugs in sport.

“Nothing changes,” Mack declared on the show. He added: “In the last week there’s been a lot of, I guess, talk in the media and I don’t think it’s been as clear as it could be or should be.”

Speaking of 20-year-old Shayna, who faces a four-year ban from the sport after testing positive to a banned substance, he claimed: “We are not hypocrites. We are enforcing what we are standing for and I think Australia is definitely standing for clean sport.

“I think the difference being as soon as she returns a positive sample, she’s returned to Australia, she’s not competing at a World Championships and that gives me faith in the Australian system and that Australians demand clean sport.”

Meanwhile, it comes after Shayna fought back tears as she appeared on camera last Friday as she was quizzed multiple times by reporters over why the whole team remained silent about the scandal for as long as they did.

“I will fight to get myself back in the pool,” she vowed on camera.

Shayna insisted that her team are working to carry out a full investigation to find out how the substance made it into her system, after previously denying that she knowingly took anything prohibited.

The athlete originally claimed she was withdrawing from the competition in South Korea for “personal reasons” and following the shocking news that a banned substance was found in her system, she later issued an emotional statement declaring her innocence.

Follow the link in my Bio for my truth – Shayna Jack

Sharing a lengthy statement via her Instagram page, Shayna admitted that when she was called to the head coach’s room on July 12, she was unaware of what she was walking into and said she was her usual “happy and bubbly” self.

“That all changed when I walked through the door to be told ASADA [Australian Sports Anti-Doping Authority] had called. My brain instantly went into frantic thoughts, something was wrong, I had never missed a test, it wasn’t my time slot, so why would they want me?” she recalled.

The swimmer said she felt her heart break when she was told a sample tested positive to a prohibited substance called Ligandrol and explained she had never heard of the drug before.

Do you support Mack Horton’s protest? What do you think of Shayna Jack failing the doping test?