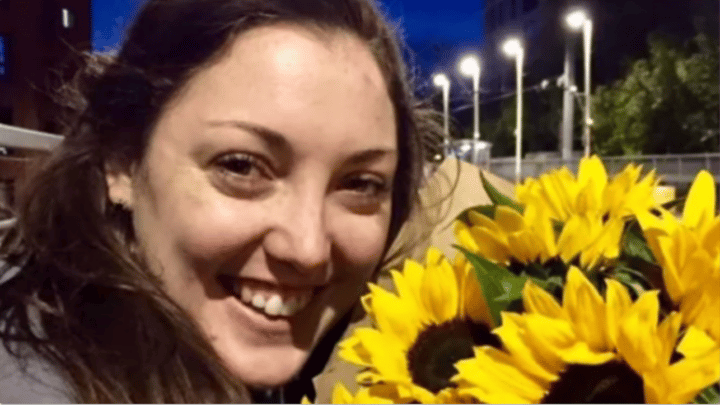 Australian nurse Kirsty Boden was killed during a terror attack in London in 2017. Source: Met Police

The boyfriend of Australia’s “Angel of London Bridge” nurse Kirsty Boden, who was brutally killed in the 2017 terror attack while trying to save another victim, has reportedly told an inquest he’s still “head over heels” in love with her two years on.

Speaking at an eight-week inquiry into the London attack at the Old Bailey court, James Hodder praised his girlfriend’s bravery and insisted he wasn’t surprised that she rushed to help others, The Sun reports.

Kirsty, 28, was killed while trying to save a man who had been injured during the horrific attack by terrorists Khuram Butt, Rachid Redouane and Youssef Zaghba. The attackers crashed their white Renault van into pedestrians on the bridge – having strapped knives to their wrists using duct tape – before jumping out and stabbing several victims in nearby Borough Market.

According to The Australian, Kirsty had been dining at a restaurant near the bridge when the initial attack took place. CCTV footage, which was aired in court as part of the inquest, reportedly showed her rushing to help a waiter who had been stabbed by the terrorists. It was while she tried to save his life that she was then attacked herself.

She managed to run away from the attackers but died shortly after due to haemorrhaging as a result of injuries to her neck and chest, The Australian reports.

In a heartfelt statement during the inquest, which is investigating the deaths of all eight people killed during the attack, Hodder explained how Kirsty wouldn’t have thought twice about helping the waiter.

“I very quickly fell in love with her,” The Sun reports he told the court. “I’m still head over heels in love with Kirsty. Her actions that night don’t surprise anyone who knew her. To Kirsty, it would not have seemed brave, she loved people and lived her life helping others.”

Kirsty’s dad also reportedly spoke as part of the inquest, explaining how much she is missed every day.

Meanwhile, the mother of Australian au pair Sara Zelenak, who was also killed in the attack, expressed her devastation over losing her daughter, describing it as a “sliding doors” moment.

According to The Australian, the 21-year-old had been dining in a coffee shop as she waited for friends when she went to investigate the commotion outside.

It was then that Sara was stabbed multiple times. She was later found lying dead on some steps by police.

The young woman’s mother Julie Wallace explained Sara was “the happiest she had ever been” before that horrific day, the news outlet reports. “That was until June 3 2017 when our lives changed forever,” she reportedly told the court. “On that fatal night, every sliding door slid for Sara to be in harm’s way.”

According to The Sun, Sara had been given the night off from work at the last minute, meaning a complete change in plans.

“Pri (her au pair friend) and Sarz were going to go to a rooftop bar and couldn’t find it, then Soho, though decided Borough Market would do because it was close to the rugby where they were meeting up with some friends when it finished,” Julie reportedly said during the inquest.

“At 10pm Sara’s phone rang and her friend said ‘I’ve finished at the rugby’ and so she left her safe haven… and walked out into a terrorist attack and was stabbed to death.”