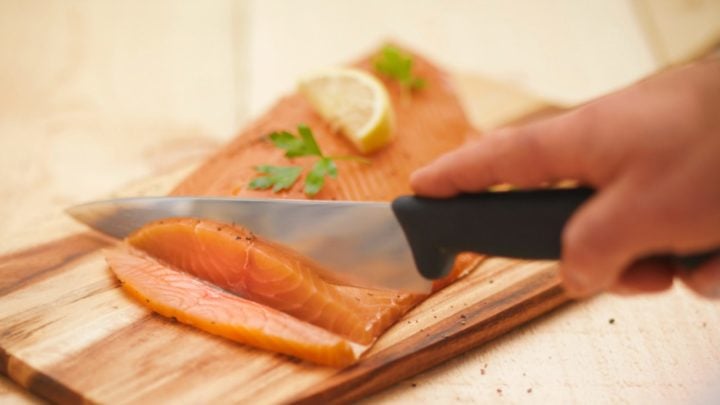 A health warning has been issued by the federal health department and an investigation launched following the shocking news that two elderly Australians have died after contracting listeriosis from eating contaminated food.

The two unidentified retirees from NSW and Victoria, both in their 70s, passed away after contracting the potentially fatal illness, while a third person, also in their 70s, from Queensland was also diagnosed with a listeria infection.

Following the deaths it has been confirmed that smoked salmon is believed to be the likely cause, with Australia’s leading medical officer reminding those most at risk to take extra care when preparing and consuming high-risk foods.

“This is a timely reminder for people to ensure that food is handled, prepared and stored safely, and that those most at-risk of listeriosis avoid certain foods,” Australia’s Chief Medical Officer Professor Brendan Murphy said.

Read more: One in three Aussies at risk of developing listeria infection: Study

He added: “Those at increased risk of illness include pregnant women and their unborn babies, newborn babies, the elderly, and people of all ages with immune systems weakened by illness or medication.

“If you (or someone in your household) have a weakened immune system, the best way to avoid Listeria is to eat freshly cooked or freshly prepared food.”

Listeria can be life-threatening for certain people, particularly those over the age of 60. Those who are over 70, have diabetes, cancer or even suppressed immune systems are most at risk, while it is also known to cause illness in pregnant women and their unborn babies.

The infection starts with flu-like symptoms such as fever, chills, muscle aches, nausea, and sometimes diarrhoea.

To avoid potential contamination, Murphy reiterated the types of foods that people who are at increased risk of contamination should avoid, including chilled seafood such as sashimi, raw oysters and smoked ready-to-eat seafood, as well as deli meats.

Other foods to avoid if you fall into a higher risk category include rockmelon, pre-prepared fruit and vegetable salads, soft cheeses such as brie, camembert, ricotta and feta, soft-serve ice cream and meat spreads.

There have been a multitude of foods pulled from supermarket shelves in recent months over fears of listeria contamination, the most recent being the withdrawal of potentially contaminated cheese products produced by Washed Rind Cheeses in April.

Prior to that recall, silverside beef, rockmelons and frozen vegetables were also the subject of health warnings.

In February this year, an elderly woman died from listeria contamination after consuming food from a Melbourne catering facility that supplies Meals on Wheels, private hospitals and aged care facilities around the city.

I Cook Foods was subsequently shut down by Victorian health authorities after positive samples of the listeria bacteria were found on multiple food samples following an investigation into the cause of the woman’s death, Victoria’s Department of Health and Human Services confirmed to Starts at 60.

Read more: One dead after listeria contamination at Meals on Wheels catering facility

Are you concerned about listeria? Do you know which foods present an increased risk of contamination?