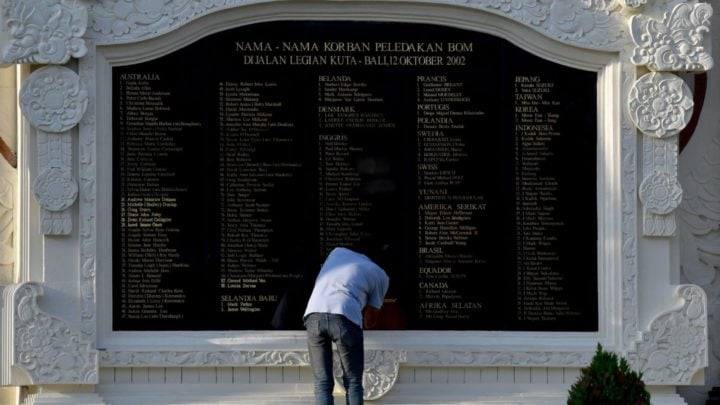 A man believed to be the leader of the Jemaah Islamiah terrorist group has been arrested in Indonesia, according to multiple reports this morning.

Para Wijayanto, who became head of the Al Qaeda-linked group in 2007, was snared by counterterrorism police along with his wife at a hotel in the city of Bekasi on Saturday, reports the ABC.

Civil engineer Wijayanto was trained at a jihadi camp in the Philippines in 2000 and is thought to have been on the run from the Indonesian authorities since 2003.

Jemaah Islamiah were responsible for the 2002 Bali bombings, which killed more than 200 people including 88 Australia citizens, as well as the 2004 bombing of the Australian Embassy in Jakarta, which claimed the lives of nine people.

However, police have confirmed that Wijayanto is not believed to have been directly involved with making explosives for either of those devastating attacks. He is thought to have recruited and trained members of the group’s military wing, with some even being sent to Syria to fight.

National Police spokesman Dedi Prasetyo told the news outlet: “He was appointed as amir [leader] of Jemaah Islamiah because of his capability and track record as an Islamic fighter.”

Read more: On this day, the Australian Embassy in Jakarta was targeted by terrorists

Earlier this year, radical cleric Abu Bakar-Bashir – described as the ‘mastermind’ behind the 2002 attacks – was released from prison in Indonesia.

The man, who acted as the spiritual leader of the terror network, was actually acquitted of his leading role in the Kuta bombings, after prosecutors failed to prove the allegations against him, however he was instead found guilty of immigration violations and sentenced to two and a half years imprisonment. In October 2004, he was arrested again by Indonesian authorities and charged for his involvement in a bomb attack on the Marriott Hotel in Jakarta which killed 14 people.

Indonesian police are still attempting to prosecute several alleged terrorists involved with the attack, including Hambali, who has been in US detention since 2006.

Read more: Man described as Bali bombing ‘mastermind’ to be released from prison