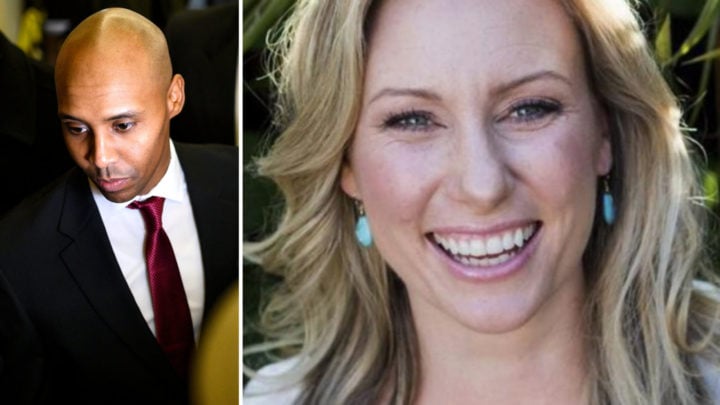 A jury has delivered its verdict in the case of Mohamed Noor (left), who shot and killed Justine Damond (right) in 2017. Source: Getty

The trial of the Minneapolis police officer who shot and killed Australian life coach Justine Ruszczyk Damond in 2017 began in April and after weeks of hearing evidence, the jury for the case has reached a verdict.

Mohamed Noor has been found guilty of third-degree murder and second-degree manslaughter in the fatal shooting of Damond, according to reports from the Star Tribune in Minneapolis.

Noor was immediately handcuffed and taken into custody, according to the report, and is expected to be sentenced on June 7. He could face up to 15 years in prison for the third-degree murder conviction and up to five years for the manslaughter conviction.

According to an earlier report by The Sydney Morning Herald, prosecutors and media were called back to the downtown Minneapolis courtroom on Tuesday (US time) after the jury of 10 men and two women took less than a day to reach their verdict.

Noor was found not guilty of second-degree murder or intentional murder. Under US law, a third-degree murder charge indicates the homicide was not deliberately planned or committed in the process of committing a felony, while second-degree manslaughter indicates that there may have been criminally negligent or reckless conduct involved in the death. The degree of charges dictate what level of penalty can be applied by the court.

According to Sunrise US correspondent Paul Kadak, Damond’s family was in court when the verdict was read out. Damond’s fiance Don Damond became visibly emotional when the jury delivered the guilty verdict, while Noor stared blankly ahead.

Damond, who grew up in Sydney and worked in the US as a meditation coach, was killed in June 2017 after she called 911 to report a possible sexual assault taking place in an alleyway near the home she shared with her fiance in Minneapolis, Minnesota.

Noor and his partner, officer Matthew Harrity, responded to the incident, which defence lawyer Peter Wold described as a “perfect storm with tragic consequences” during his opening remarks last month.

Damond’s fiance gave evidence at the trial in March and recalled informing her family in Australia of her death, describing it as the “worst phone call” he’s ever had to make.

Noor testified in court for the first time last week and according to The Mail Online, claimed he fired the fatal shot to stop what he thought was a threat to him and his partner, after they arrived at Damond’s house and heard a loud noise outside their car.

“I fired one shot,” he told the court. “My intent was to stop the threat.”

#BREAKING: Mohamed Noor has been found guilty of murder after shooting and killing Australian woman Justine Damond Ruszczyk in 2017. pic.twitter.com/1xIaELel9H