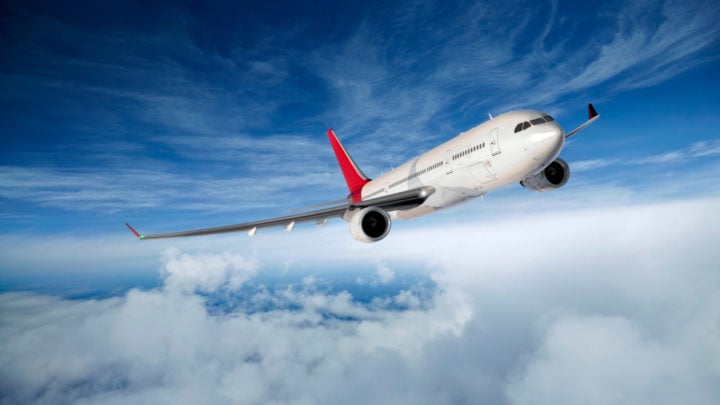 Trade Minister Simon Birmingham had said overseas travel will be more likely in 2021, than this year. Source: Getty

Aussies are no doubt itching to jet off on an overseas holiday after months in lockdown due to the outbreak of the coronavirus, but sadly for travel lovers, those hopes have been squashed this week, with international trips likely off the cards until next year.

While there has been talk of Australia’s border remaining closed for the rest of the year, this hasn’t been confirmed by the government. However, on Wednesday Trade Minister Simon Birmingham crushed everyone’s dreams of an overseas trip, hinting that international travel wouldn’t resume this year, with the possibility of overseas holiday more likely in 2021.

Speaking to the National Press Club, the politician said while a travel bubble with New Zealand is still being discussed, any other overseas trips will most likely be held off until the pandemic is under control.

“I hope that we can look eventually at some of those countries who have similar successes in suppressing the spread of Covid to Australia and New Zealand, and in working through that with those countries, find safe pathways to deal with essential business travel that helps to contribute to jobs across our economies,” Birmingham said.

“But I do, sadly, think that in terms of open tourist-related travel in or out of Australia, that remains quite some distance off, just because of the practicalities of the volumes that are involved and the need for us to first and foremost keep putting health first.” Asked whether the international border would reopen next year rather than this year, he added: “Honestly, I think that is more likely the case.”

Australia's borders are likely to remain closed until 2021. #9Today pic.twitter.com/MTNODQ5g9b

Meanwhile, on Thursday it was revealed that major airline Qantas has cancelled almost all international flights until late October. The company’s spokesperson said with the borders closed for some time still, the cancellation of flights was necessary. However, a selection of flights to Australia’s neighbour New Zealand have remained, in hopes travel across the Tasman will be allowed in coming months.

“With Australia’s borders set to remain closed for some time, we have cancelled most international flights until late October,” they said. “We still have some flights scheduled across the Tasman in the coming months, with the expected travel bubble between Australia and New Zealand.”

Instead, tourist operators and airlines are encouraging Aussies to explore their own country, with intrastate travel back on the cards, and the opening of state borders likely in the coming month. South Australia has already opened its borders to Western Australia, the Northern Territory and Tasmania, with plans to open to the remaining states before the end of July.

Meanwhile, Victoria and New South Wales are open for business and encouraging interstate residents to venture into the states to help boost the economy. Queensland on the other hand hasn’t confirmed when its borders will open, however, Premier Annastacia Palaszczuk has said they are working towards a reopening on July 10.

Hoping to encourage interstate travel once more, Qantas and Jetstar have increased their domestic and regional flying for June and July. The additional services will see capacity increase from 5 per cent of pre-coronavirus levels, to 15 per cent by the end of June. This equates to more than 300 more return flights per week. Additional flights will also likely operate during July depending on travel demand and further relaxation of state borders, with the ability to increase to up to 40 per cent of the group’s pre-crisis domestic capacity by the end of July.

Do you think Australia should reopen its borders sooner? Or do you agree we should hold off opening to overseas travel?