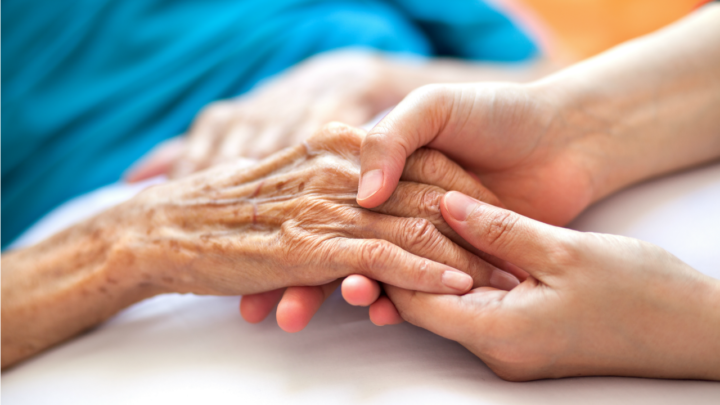 A daughter has recalled the moment she found her elderly father with urine filled pants, hanging off his bed at a Queensland aged care home. Source: Getty

The daughter of an elderly man has recalled the “distressing” experience her father had at an aged care facility, revealing he was often found sitting in his own faeces and urine.

Speaking before a royal commission hearing on Wednesday the woman, known only as Ms FA, explained how her Alzheimer’s suffering dad went from a happy and able-bodied man to someone confined to their bed unable to feed himself in just a matter of months.

The 85-year-old, who was not identified by name, was formally diagnosed with Alzheimer’s disease in 2014 and consequently admitted to a care home in Queensland in 2017.

His time at the facility was deemed highly “unacceptable” by his daughter who explained before the court how it didn’t take long for her to notice the poor care with limited staff present in the ward. She also detailed the numerous falls her father had which resulted in broken bones and the “inappropriate” actions by another resident who was romantically interested in the married man, that were not discouraged by staff.

“When dad was finally assessed by a physiotherapist … I was told there would be limited point at this stage of his Alzheimer’s as he could not follow instruction well enough to make any worthwhile progress,” the daughter explained before the court.

“Within three months of being admitted to residential aged care our dad had gone from being an active and able-bodied man to bedridden and unable to feed himself,.”

However, what was especially concerning for the woman was the multiple times her dad was discovered by family members sitting in soiled pants, having not been changed by staff.

“On one occasion one of my sisters told me that she had visited dad and he had soiled pants on,” she explained on Wednesday at the hearing. “She said she found a carer and advised the carer of this and she said that dad had just been changed and he was only supposed to use three pads per day.”

The daughter added: “My sister told me dad one day said to her while she was visiting him at the hospital, that he was ‘sick of sitting in his own shit’.”

The hygiene concerns went further than this with the elderly man also found with dirty and unclipped nails and sheets that were saturated with urine.

On one occasion the daughter said she found her father half off the bed, his upper body on the floor, tilted downwards with his weight on his shoulder which he had suffered from chronic pain with for many years.

“Dad was in his nightgown with a bib on and foul-smelling pants which looked to be very full of urine,” she explained before the court. “Dad was lying on the floor in his own filth, unable to call out for help and looking very distressed.”

Ms FA said when she called out for help she was told by one staff member that they were new and didn’t know what to do while the other was on a tea break.

“I spoke to a nurse at the facility shortly after I witnessed this incident and she informed me that she had found my father in the same position a couple of days prior and it seemed that when he had soiled his pants he would try to get out of bed,” she continued.

“Despite this observation, the facility did not make any changes to my father’s care routine.”

After witnessing her father’s terrible state Ms FA said the elderly “deserve better” and action needs to be taken to ensure they are properly cared for in their final years.

“It is unacceptable that an active, physically fit man could enter an aged care facility to be cared for in his last years and within three month be permanently bedridden from injuries sustained while unsupervised,” she told the royal commission.

“The older generation deserves better than this and my father, who is paying the maximum amount for his care, certainly deserved better. I believe that minimum staff-to-resident ratios, especially taking into account high-care areas like dementia units, is required.”

What action do you think needs to be taken to ensure the elderly are well cared for in aged care facilities across Australia?