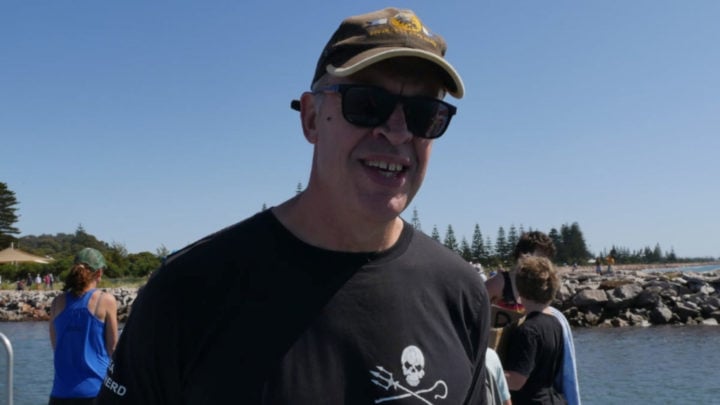 Authorities in Western Australia have today resumed the search for the body of a man who died after being attacked by a shark whilst diving in waters off Cull Island near Esperance on Sunday.

The man, identified by multiple news outlets as Esperance man Gary Johnson, is said to have been scuba diving from a boat with his partner Karen Milligan when the incident took place at around 1pm yesterday.

Following the incident, a marine rescue effort was launched to locate the man’s body and WA Police also confirmed that a woman, who had been onboard the boat at the time of the incident, was transported by St John’s Ambulance to hospital suffering from shock.

The Department of Primary Industries and Regional Development is now investigating, alongside police. Beaches have been close in the area and members of the public are being urged to take extra caution around the Cull Island area and to report any shark sightings to Water Police.

It is believed that the shark was a Great White and just hours before the fatal incident Surf Life Saving WA tweeted about a possible sighting near Cull Island, writing: “Public report white shark sighted 09:39hrs 05/01, Cull Island, Esperance.”

Hours later, they shared another update which said that WA Police were investigating a “possible shark bite incident”.

BREAKING: Authorities in Western Australia are searching for the body of a man who was fatally attacked by a shark in waters off Cull Island, near Esperance. https://t.co/e2sUOrvUQr #7NEWS pic.twitter.com/1nnJVineyE

Following the incident, SharkSmart WA released a statement on Monday which read: “A Fisheries patrol vessel crew from the Department of Primary Industries and Regional Development is on the water off the Esperance coast this morning, urging water users, in the area of yesterday’s incident near Cull Island, to take extra caution and report any shark sightings to Water Police.

“Fisheries Officers and local Department of Transport Officers along with Esperance Shire rangers will also be patrolling between the local boat ramps and at nearby beaches to advise water users and vessel operators to take additional care.

“We’ve been advised the Shire of Esperance has installed shark warning signs along the closest beaches to the incident – from West Beach to Twilight Beach. The signs notify the public of recent shark activity and warn beach goers. ”

Mr Johnson’s death marks the second fatal shark attack in the region in less than three years after 17-year-old Laeticia Brouwer was killed whilst surfing at Kelp Beds Beach, Esperance, in April 2017.