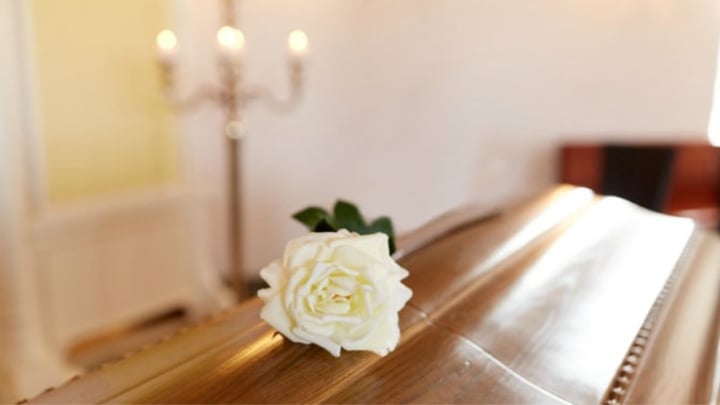 A heartbroken couple reached out to photographers asking if someone could take a photo of their newborn and his deceased grandad. Source: Getty

Many families visit their deceased loved ones in funeral homes to say their final goodbyes, but one heartbroken family took things a step further as they launched a search for a photographer who would be willing to capture a special moment between a two-month-old baby boy and his deceased grandad before he is laid to rest.

The grieving couple said their son – who was named Sam after his late grandfather – had never been pictured with his namesake and revealed that arrangements would need to be made with the funeral home, who would work with the photographer to conduct the shoot, during which the dead man would be seated in a chair.

The new parents’ advert was shared online by UK-based photography company Perfocal, who match suitable photographers with clients, as they hunted for someone who would be “comfortable” taking on the unusual job.

According to the advertisement, the man sadly passed away just weeks after Sam’s birth, before the family had been able to take a photo of the whole clan together. They are now hoping to get everyone together for one last photo before it’s too late.

“My husband’s father passed away last week and we don’t have a photo with his newest grandchild,” the advertisement read. “We’re looking for someone who can take a tasteful final family photo with the help of the funeral director.”

Speaking to The Daily Mirror about the extraordinary ad, Perfocal Founder Tony Xu said that while it was certainly one of their more poignant requests, it is something that is important to the family.

“We’re so used to taking selfies these days that we often forget to take photos of our families together,” he told the publication. “In years to come these photos will stand as memories of time spent together, so they are incredibly important.

“The team really feels for the family and we’re really hoping someone out there will be able to help out, given the tragic circumstances surrounding the request.”

Although it may seem morbid to some, the art of taking photos of the deceased is something which was incredibly popular throughout the 19th Century. For well-off families it wasn’t uncommon to have a portrait painted of a family member who had recently died, while those that couldn’t fork out the cash opted for a photography session instead.

It was seen as an opportunity to remember the loved one, especially if the family hadn’t had the chance to take a snap before they had passed.

Have you ever been in a photograph with a deceased relative? Is taking a photo like this something you would consider?