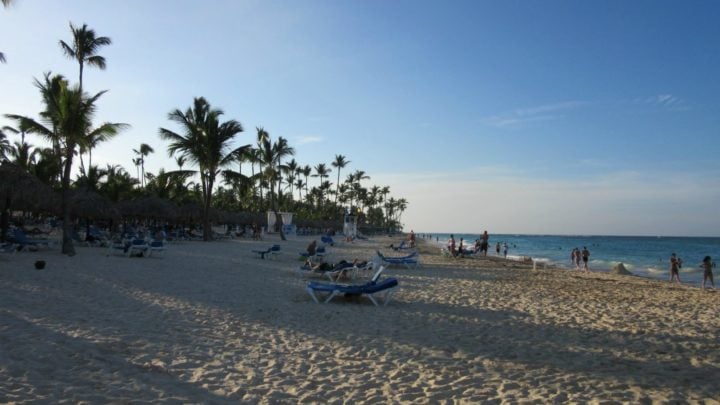 Six US tourists have died in the Dominican Republic in the last year. Source: Getty

The news that six US tourists have died in the Dominican Republic under mysterious circumstances in the last year has caused panic among travellers, prompting the FBI to step in and investigate.

According to a report in the New York Post, many of the deaths “involve healthy middle-age adults who had taken a drink from their hotel room minibar” before suddenly becoming severely sick.

On Monday, the US State Department confirmed that an American tourist named Robert Wallace died on April 14 after becoming ill at a Hard Rock Hotel and Casino in Punta Cana.

Wallace’s cause of death is yet to be determined, but according to his niece the 67-year-old was last seen drinking a glass of scotch from the hotel minibar before dying in a hospital three days later, the publication reported.

And just one month after Wallace’s mysterious death, three more American tourists died at another resort over a five-day period.

On May 25, Miranda Schaup-Werner, 41, collapsed and died in her hotel room after having a drink from the hotel minibar. She was staying at the Luxury Bahia Principe Bouganville hotel.

Five days later, Edward Holmes, 63, and Cynthia Day, 49, were found dead in their room at the Grand Bahia Principe La Romana, another hotel at the same resort.

According to reports, Schaup-Werner, Holmes and Day all suffered respiratory failure and fluid accumulation in their lungs.

Francisco Javier Garcia, the country’s minister of tourism, initially denied that the deaths were connected.

“Sometimes in life there can be a law of sequences,” he told reporters at a news conference last week. “Sometimes, nothing may happen to you in a year. But in another week, three things might happen to you.”

In addition to the deaths of Wallace, Schaup-Werner, Holmes and Day, two have died in a car crash, and several others claimed they were poisoned or assaulted while visiting the Caribbean island in the last year.

The FBI told Fox News on Friday that it was now joining the investigation into the mysterious deaths and illnesses on the island.

Meanwhile, the news comes after American tourist Tammy Lawrence-Daley, 51, was viciously attacked by a stranger and left for dead at the Majestic Elegance resort in Punta Cana in January, the New York Post reported last month.