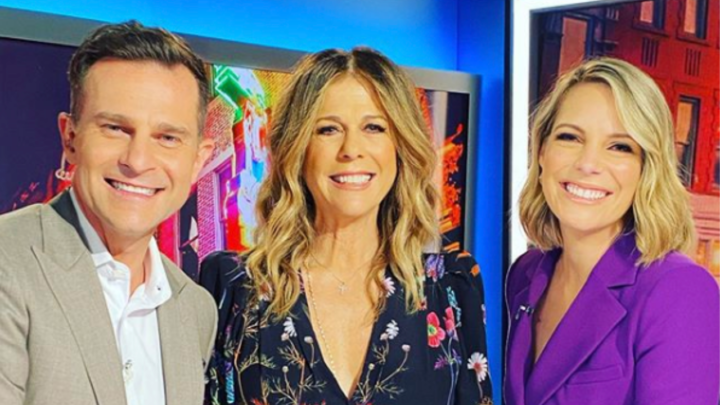 Today Extra host David Campbell has been forced into self-isolation after Rita Wilson announced she has contracted the coronavirus. Source: Instagram/ David Campbell

Today Extra host David Campbell has been forced into self-isolation after the news broke that actor Tom Hanks and his wife Rita Wilson had been diagnosed with coronavirus.

The celebrity couple announced the shock news on Instagram on Thursday morning with Hanks explaining that, after feeling a bit under the weather, they were tested for the virus and received a positive result. Now, just hours later, TV presenter Campbell has announced he’ll be going into self-isolation as a precaution after he interviewed Wilson on Monday morning.

The singer sat down with Campbell and his Today Extra co-host Belinda Russell for a chat about her performances across the country. At the time she hadn’t been diagnosed with the virus and according to Campbell wasn’t showing any symptoms.

Speaking about the interview with Deb Knight on 2GB this afternoon, Campbell raved about how nice Wilson was and revealed they had been cautious not to shake hands as coronavirus continues to spread throughout Australia and across the globe.

“She was delightful, I thought she was really nice, she didn’t seem to have any symptoms of anything, she was very cautious,” he said. “She actually made a joke coming into the studio saying we shouldn’t shake hands, we should bump elbow. So we bumped elbows.”

Hey @ritawilson thanks for coming on our show and singing!

Keeping a positive spirit he joked: “I never thought I’d be in the middle of a headline with Rita Wilson and Tom Hanks, it’s not the most ideal headline, I thought it would be a movie deal.”

Campbell then said that currently he’s feeling “perfectly fine”, however, to be sure he and Russell will both now be tested for the virus. The 46-year-old also said he will remove his kids from school, just to be safe, and self-isolate for a few days until he receives his results. Until then, Campbell said all he can do is remain calm and follow doctors orders.

“We’ll work in conjunction with our bosses at Nine, we’ll try and work out how we’re going to do this,” he told Knight. “The reality is, I think you need to be in exposure for half an hour for this to really jump … I think we had about seven or eight minutes with Rita.

“She didn’t seem sick or have any runny nose or anything like that, that I could see at the time. But the point is to remain calm, get myself tested …”

Do you know anyone who has contracted coronavirus? What action are you taking to ensure you're protected?