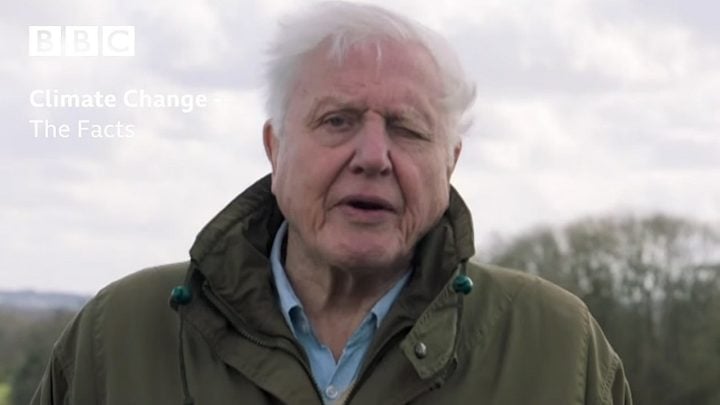 Sir David Attenborough is revered around the world for his expertise on wildlife and the environment, but his new BBC documentary on climate change has shown a clear divide in the way people around the world view global warming.

Attenborough’s new program Climate Change – The Facts aired on the BBC in the UK on Thursday and featured interviews with scientists and environmental experts who all warned of the bleak future that lay ahead for the planet if immediate action wasn’t taken to slow the effects of global warming.

According to BBC News, Colette Pichon Battle, a director of the Gulf Coast Center for Law and Policy told the program that the Isle de Jean Charles in Louisiana, US, is already under threat and that rising water is forcing residents from their homes.

The BBC posted a clip from the program on its Facebook page on Thursday, which quickly garnered attention around the world and stirred debate among environmentalists and climate change deniers.

While many praised Attenborough for using his profile to raise awareness of the issue, others claimed global warming is a hoax.

“Climate change is a myth created by scientists and environmentalists. It’s all about funding and $$$. Climate has been changing and will continue so for the next billion years,” one person commented on the video.

“Climate change has been happening since the beginning of time, it was not created by man and it has not hurt anyone,” said another.

There were plenty of people who agreed with Attenborough’s views on the matter though.

“I’ve watched David Attenborough’s documentaries for over 60 years and at all times they have told the truth about the natural world. There is no need to doubt his message which we ignore at our peril,” one person wrote.

Another added: “Thank you David Attenborough for telling it like it is. People who deny there is global warming are ignoring the scientific evidence.”

What are your thoughts on this issue? Do you think governments and people need to do more to slow the effects of climate change? Or do you disagree with Attenborough’s sentiments here?