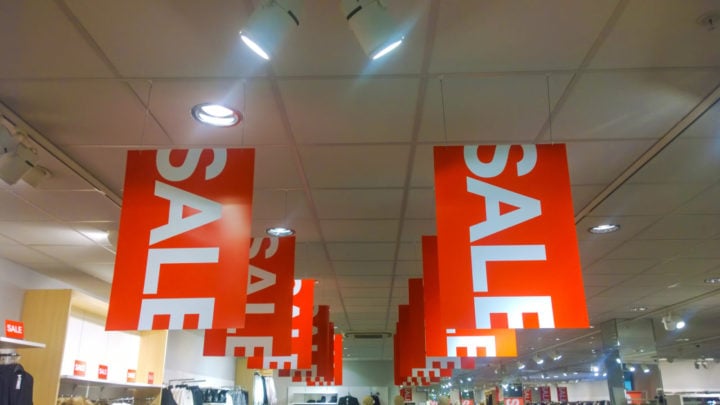 These are the appliances that just aren't worth the money. Source: Getty.

As we reach the end of the financial year, usually this is the time to take advantage of the best sales on the market as brands everywhere slash prices on big ticket items. But there are some household appliances you really shouldn’t be skimping on, no matter how enticing the discount might be.

Consumer advocacy group Choice has done the hard yards for consumers by listing the products that just aren’t worth the money. Experts have put each appliance through their paces to find out if it’s a dud or if it’s the real thing. So after plenty of lab testing, here are the six items they suggest you avoid in end of financial year sales.

Choice gave this $1,149 fridge a low rating of just 30 per cent. The Beko fridge failed the energy check and even scored a big fat zero in the temperature stability test which checks how much the temperature fluctuates in both the fridge and freezer.

Choice white-goods expert Ashleigh Iredale said sub-standard fridges might be cheap but they’re no bargain. “You might think you’re saving money now, but a poorly performing fridge means your food won’t last as long, costing you a motza in replacing perishables prematurely for the entire life of the fridge, which can be more than ten years.”

Although $298 might seem cheap for a TV, this one scored a rating of just 58 per cent. Experts said it had less-than-sharp picture quality and a less than average sound quality. And although it scored fine on the energy use test, nothing could save it from being an overall, underwhelming product.

With a fairly hefty price tag of $2,695 this speedy washing machine was given a score of just 54 per cent due to its poor dirt removal, lack of spin efficiency and low choice of options. According to experts, it’s not even cost effective as the extremely poor water efficiency means it will cost users more than $1,500 to run for just 10 years.

This $2,499 washing machine scored a bit higher with a 67 per cent rating however experts say its not something to get excited about. With a dirt removal of 55 per cent and a spin efficiency of 63 per cent, the only upside is it’s relatively quiet and has good water efficiency.

For a $199 you’d expect this robot vacuum to do one thing – suck, but according to Choice experts it can’t even do that. With a score of just 30 per cent, this vacuum struggles to clean hard floors, carpets, corners, edges and pet hair.

It also bumps into objects all the time and even gets stuck moving from a hard floor to carpet and visa versa. The only good thing was that it could navigate tassels on rugs – however for the price, it might just be worth getting a vacuum that does it all.

The only positive that Choice experts found about this $599 dishwasher was it was cheap to run, which isn’t much considering it’s a half-size dishwasher. Overall, it got a fairly low rating of just 58 per cent due its poor drying and washing skills as well as its lack of features available.

Have you bought any of these products? What do you think about them?