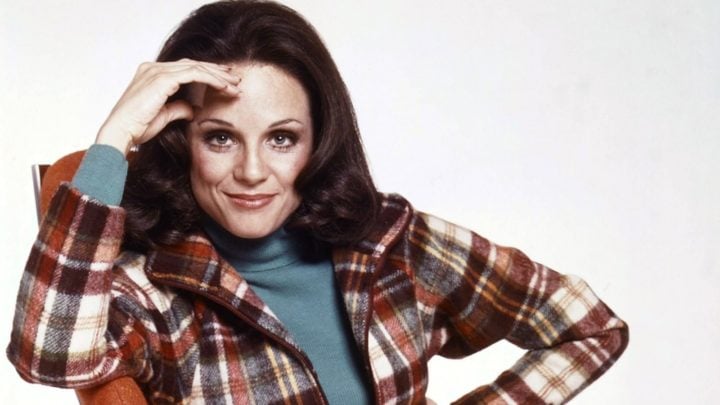 Valerie Harper, who starred on The Mary Tyler Moore Show, has died at the age of 80. The talented actress died on Friday morning, her family confirmed to ABC 7. Her cause of death was not immediately known.

Harper was diagnosed with lung cancer in 2009 and consequently contracted leptomeningeal carcinomatosis four years later. Despite winning the fight against cancer, Harper was struck down with the rare condition that occurs when cancer cells spread into the fluid-filled membrane surrounding the brain. It is considered extremely rare, affecting just 5 per cent of people with cancer and is usually terminal.

Many fans have since paid their condolences on social media, with one writing on Twitter: “RIP Valerie Harper. If you’ve never seen her work, do yourself a favour and watch ‘The Mary Tyler Moore’ (available on Hulu) and the spinoff ‘Rhoda’. She played one of the funniest characters in sitcom history.”

Another wrote: “You just loved her so much, and you rooted for her too. Goodbye to Valerie Harper.” While a third wrote: “RIP #ValerieHarper … Everyone’s favourite neighbour and dream BFF.”

Meanwhile, it comes after Harper’s husband Tony Cacciotti and close friend Deanna established a GoFundMe page last month to help cover the continuous costs for medications and chemotherapy to help ease the financial pressures as she fought for her life. “Valerie has been grateful over the years for the medical breakthroughs along this difficult journey but insurance doesn’t cover everything,” the page reads.

“Valerie is currently taking a multitude of medications and chemotherapy drugs as well as going through extreme physical and painful challenges now with around the clock, 24/7 care immediately needed which is not covered by insurance. This is just part of the daily cost that is without a doubt a financial burden that could never be met alone.”

The talented actress was best known for her iconic role as neighbour Rhoda Morganstern on The Mary Tyler Moore Show, which ran for seven seasons in the 1970s, before she got her own spinoff, Rhoda. Throughout her stellar career, Valeria won multiple Emmy Awards for her work on Rhoda and The Mary Tyler Moore Show, and was nominated for a Tony in 2010 for her role as Tallulah Bankhead in the Broadway play Looped.

Do you have a message for Valerie Harper's family?