Can you guess who? Celebs share throwback photos from younger days 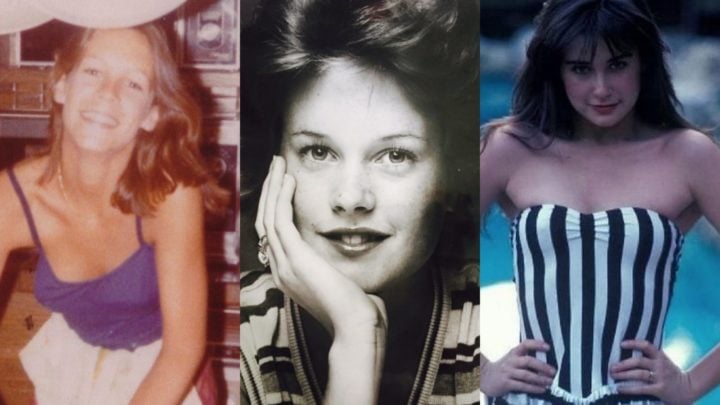 Celebrities have taken a trip down memory down, with self-isolation leading some of the great Hollywood stars to pull out their photo albums and reminisce on their younger days.

The likes of Jamie Lee Curtis, Melanie Griffith, Demi Moore and Tom Hanks have all taken to social media this week with snaps of their much younger selves. And while some are easy to pick, it seems others have changed quite a bit over the years.

Melanie Griffith was one of the first to take on what has been dubbed, the 18-year-old challenge, with a gorgeous portrait of herself shared to Instagram. The actress looked absolutely beautiful as she stared straight into the camera, with her head resting comfortably on her hand.

Meanwhile, her curly locks framed her face and if you look closely you can see a few of her freckles poking through. She wore a casual striped shirt and subtly smiled into the camera. Her natural beauty was complimented by fans who gushed over the star writing on the post, “beautiful” and “gorgeous”.

Griffith then challenged Jamie Lee Curtis to also take a step a step back in time and dig out an old snap. “OK @melaniegriffith I’ll play,” she wrote alongside an Instagram post.

While there was a noticeable difference with Curtis’ hair, with her cropped look instead swapped with long luscious locks, fans could easily tell the photo was her. The beautiful actress smiled happily at the camera and sported a casual look in a singlet and shorts.

“Love this! You look so careful and happy!” @zombie_spinner commented. While @marie.guzman.37669 added: “So cute!”

Next to play along was Demi Moore, and wow didn’t she look fabulous! The now 57-year-old posted a model shot of her younger self posing in a black and white striped swimsuit, while she starred sternly into the camera. A much younger Moore placed her hands firmly on her hips in the snap, while her brunette locks were styled straight and down.

“One stunning beautiful young lady,” @davidblackburn43 commented on the post. ” While @onefabulousmom added: “Omg you are so cute.”

Meanwhile, Tom Hanks also used the time in self-isolation to dig out some snaps from his younger days – and it seems he hasn’t change much since then. The actor posted a photo from 1974, and while his hair was noticeably longer and curlier, his features remained the same.

Hanks dressed up for the occasion wearing a black suit and bow tie over a crisp white shirt.While he stared directly towards the camera with a very stern look on his face. “Big day for Skyline High School in Oakland, CA! Glad to be a part of it!” he commented on the post.

Did you guess who was who? Do you like looking through your photos from your younger years?