The Chase’s Mark Labbett splits from wife after cheating claims 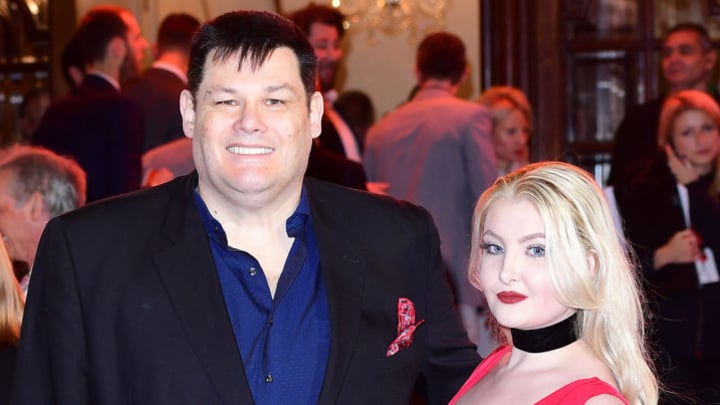 The Chase star Mark Labbett has split from his wife of five years after claims emerged she had been cheating on him with a close friend.

The TV personality, known as “The Beast”, and 26-year-old Katie have put an end to their marriage, The Sun reports.

Speaking to the publication this week Katie revealed the two have separated as she pursues a relationship with another man.

“Mark and I had been talking about separating for some time – we have been drifting apart for a while,” she told The Sun.

Despite the age difference between the two, Katie claimed that has nothing to do with their decision to part, admitting distance has put a strain on the relationship.

She told the publication they don’t have mutual friends and their lives are “very different”.

Speaking about her relationship with Scott Bate, who she was reportedly snapped cosying up with on multiple occasions, Katie said they “just clicked”. The 26-year-old claimed she was honest with Labbett the whole time and he knew exactly what was going on.

“He knew I was going out and who I was seeing,” she told The Sun.  “He was incredibly understanding. If it was anybody else it wouldn’t matter, but because Mark’s in the limelight people have been gossiping. It’s frustrating.

“We remain good friends and he is happy for me that I’ve met Scott — and I’d be fine if he met someone else.”

The news follows reports published by The Sun, earlier this year that Labbett, 53, was in crisis talks with the 26-year-old and working to save their marriage following claims she was having an affair with Bate, 28.

Speaking to the news outlet after the allegations first emerged in April, Labbett’s spokesman confirmed at the time the two had not separated and were both still living together at their home.

“Mark and Katie are not splitting up,” David Hahn told The Sun. “Everything is fine between them and they have been at home together this week.”

According to The Sun, sources claimed Katie and Bate became involved after being introduced by mutual friends – but they reportedly didn’t know she was married until later down the track.

“It took a while for people to realise who she was and that she was married,” a source reportedly told the publication. “Then one of Scott’s friends confronted her and she got angry about it.”

The source went on to claim the pair should end the affair but Bates is smitten and “blinded to the situation”.

Are you a fan of ‘The Beast’? Do you watch The Chase?