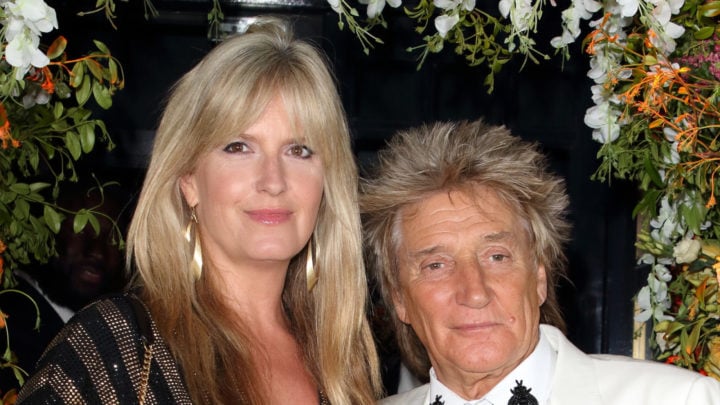 Rod Stewart revealed he has battling with prostate cancer for the past three years. Source: Getty

Sir Rod Stewart has revealed he’s secretly been battling prostate cancer for the past three years in a moving speech.

The famous singer opened up about his struggles during a recent concert in the UK, explaining he was diagnosed in February 2016 and is thankfully now in the clear, The Mirror reports. The revelation came during a fundraising event with former bandmates Kenney Jones and Ronnie Wood, with the 74-year-old bravely telling the crowd of hundreds how he managed to get through the hardships in secret and urging men to get their prostates checked regularly to stop the cancer in its tracks.

Stewart even used the situation to have a bit of a joke, claiming he warned his wife Penny Lancaster he was going to use the opportunity on stage to “come out”. Adding: “No, it’s not what you think. Two years ago I was diagnosed with prostate cancer.”

Stewart went on to explain that he had remained quiet about the cancer with only those closest to him knowing the truth behind his health. But the star admitted it was time to let the world know, now that he was on the mend after being told he was in remission back in July.

“No one knows this, but I thought this was about the time I told everybody,” he said, according to The Mirror. “I’m in the clear now, simply because I caught it early. I have so many tests.”

Stewart then took the moment to urge men to get checked, claiming the earlier you catch it, the better shot you have at beating the cancer and going on to live a long and happy life. He even reportedly had the crowd in fits of laughter when he explained: “Finger up the bum, no harm done.” Adding: “If you’re positive, and you work through it and you keep a smile on your face … I’ve worked for two years and I’ve just been happy, and the good Lord looked after me.”

Stewart’s revelation comes just days after his wife Penny admitted she’s been forced to face the prospect she may one day have to live life without her husband – revealing she plans to follow her mum and Rod’s sister’s lead, should it happen.Speaking on UK daytime TV show Loose Women, the panellist, 48, discussed what her life could be like when she’s in her 70s – aware it could mean she no longer has Rod, 74, by her side.

“Rod’s in his 70s, early 70s, and we have a huge family base at home and there’s a lot of activities. My life is based on the family… The children will be grown up and gone so I kind of feel like I need to prepare,” she said.

“But my mum and Rod’s sister [are] great examples in their 70s and beyond, and they have a huge number of friends who they have great weekends away with and hobbies and they keep themselves busy all the time, in fact I can never track them down. I think if I follow their guidelines I’ll be just fine.”

Penny was speaking as part of a segment on the show called “Do you fear growing old alone?” and when asked if she’d be more likely to form a strong friendship group rather than find another life partner, should she ever lose Rod, Penny added: “Yeah.”

Have you or someone you know battled with prostate cancer?