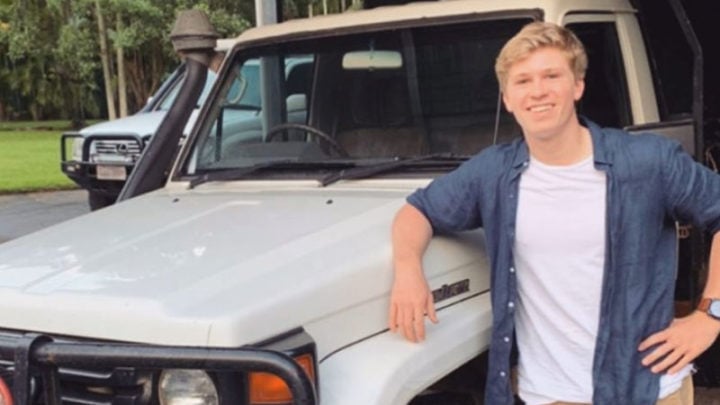 He is often compared to his famous father and regularly pays tribute to the late Crocodile Hunter on social media, but now Robert Irwin has revealed yet another way he is honouring dad Steve, by learning to drive in his beloved ute.

Robert, who has followed in his mum and dad’s footsteps and works at Australia Zoo, turned 16 at the end of last year and is now ready to get behind the wheel after finally getting his learner’s permit. And the wildlife warrior won’t be learning in any newfangled car, preferring instead to learn the ropes in the banged up white ute.

“Here we go!” he wrote on Instagram this week. “I’m so excited to finally start driving… and happy to be learning in the best car – Dad’s old Ute!!”

Robert’s sister Bindi, who also passed her driving test in the old family car, commented on her brother’s picture and said: “So proud of you!”

Here we go! I’m so excited to finally start driving… and happy to be learning in the best car – Dad’s old Ute!!

Fans of Steve and his wildlife programs will remember the vehicle from his TV shows and movies, as he was regularly seen driving it on screen, and many people gushed over Robert’s post as they revealed it had brought back memories.

One person wrote: “That’s very cool. Driving in your dad’s vehicle knowing he’s sitting right next to you. What a cool chapter in your life.” Another said: “Such a blast from the past! Your father would be so proud of you and your sister!”

While another person wrote: “Congratulations! What an honor to have your Dad’s Ute!” And one fan said: “So sick to be learning in his old truck! It’s so iconic.”

Robert celebrated his 16th birthday in December and proud mum Terri shared a never-before-seen photograph of her son and husband to mark the special occasion. Terri, 55, praised her youngest child and said her late husband “would be so proud” of the teenager.

Are you a fan of the Irwin family? What car did you learn to drive in?