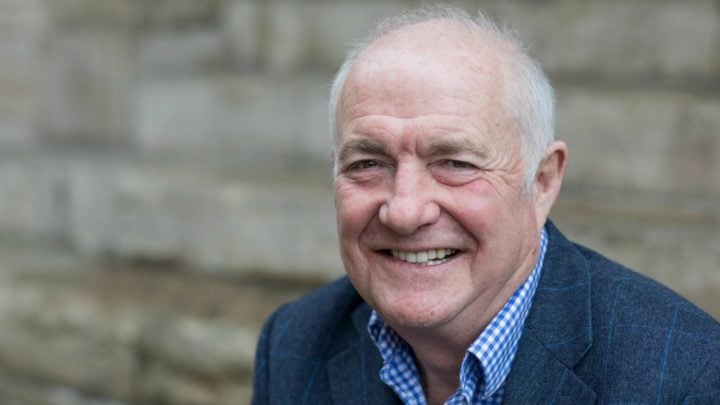 Rick Stein has opened up on the heartache he felt after his father's sudden death. Source: Getty

British chef Rick Stein has opened up about his father’s suicide and revealed the profound effect it had on him as a young man trying to find his way in the world.

Stein was just 18 when his father, who had bi-polar disorder, flung himself off a cliff in Cornwall. Speaking to Good Food, Stein said it was his dad’s sudden death that propelled him to start travelling the world and make his first solo trip to Australia.

“I think it was an attempt to try and prove I was grown-up,” he said. “Before my dad’s suicide, I lived in a very cozy middle-class environment. I was reading a lot of Ernest Hemingway at the time, and I remember thinking, ‘Well, I’ve gotta be a man’. But I wasn’t, really.”

He told the publication he took many jobs while in Australia and worked at an abattoir, dockyards and on the original Ghan, which run from Adelaide to Alice Springs, before heading home to be closer to his mother who was struggling with the death of her husband.

The world renowned chef has previously spoken out about his father’s mental illness and how it affected his mother and four siblings while they were growing up. His mother had previously prevented his father from killing himself twice before.

An episode of Who Do You Think You Are found that Stein’s father had had a difficult childhood growing up in Surrey, England, after World War One, where his surname made him a target for anti-German sentiment that was rife across the UK at the time. Stein said he believes it was his dad’s tough childhood that led to him being so hard on the chef.

His relationship with his father appears to understandably have affected many areas of his life, and in 2014 Stein told The Telegraph he blamed his father for his own pessimistic personality.

“He was immensely charismatic, very intelligent and very charming to lots of people, but not really to me,” he said. “I’m sure he liked me, he probably didn’t have the energy with me at home to go that extra distance to make me feel wanted and special. My second wife Sarah was made to feel special as a child, and the difference between me and her is everything. She looks on the bright side and I don’t.”

“I might be naturally a bit of a depressive anyway and I’m blaming my father. But I do believe it and I do get quite tearful when I think about my father’s death and its ramifications. If you are made to feel inadequate when you’re young, one of the things you do, if you can get away with it, is overcompensate.”

The revelations are in stark contrast to Stein’s on-screen persona where he’s seen enthusiastically making his way around the world in search of new flavours and experiences. His passion for food and cooking has earned him incredible success in the culinary world, with 17 restaurants, 30 television shows and 26 cookbooks to his name.

Stein also seems to have a much closer relationship with his own three sons than he had with his father. His middle son Jack is a chef and runs part of the Stein restaurant empire, while eldest son Ed works on the design side of the business and youngest son Charlie takes care of wine.

Are you a fan of Rick Stein? Can you relate to what he’s been through with his father?