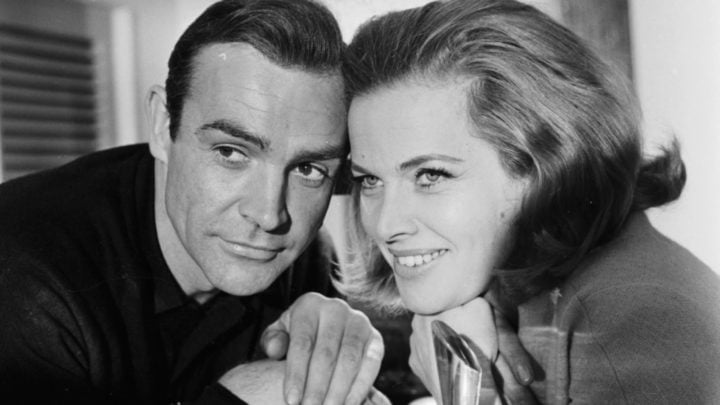 Honor Blackman, who starred alongside Sean Connery in Goldfinger, passed away from natural causes. Source: Getty.

British actress Honor Blackman has sadly passed away at the age of 94, her family confirmed on Monday. She passed away from natural causes surrounded by family at her home in Lewes, Sussex.

“It’s with great sadness that we have to announce the death of Honor Blackman, aged 94,” they said in a statement provided to The Guardian. “She was much loved and will be greatly missed by her two children Barnaby and Lottie, and grandchildren Daisy, Oscar, Olive and Toby.

“As well as being a much-adored mother and grandmother, Honor was an actor of hugely prolific creative talent; with an extraordinary combination of beauty, brains and physical prowess, along with her unique voice and a dedicated work ethic, she achieved an unparalleled iconic status in the world of film and entertainment and with absolute commitment to her craft and total professionalism in all her endeavours she contributed to some of the great films and theatre productions of our times.”

Blackman will be best remembered as iconic Bond girl Pussy Galore, having starred alongside Sean Connery’s 007 in 1964’s Goldfinger, as well as playing Cathy Gale in popular 1960s series The Avengers. Tributes poured in for the star after news of her death broke yesterday.

Bond producers Barbara Broccoli and Michael E. James described Blackman as a “film icon” in a joint statement which read: “Today we mark the passing of a film icon, Honor Blackman who shall forever be remembered as Pussy Galore in Goldfinger.

“She was an extraordinary talent and a beloved member of the Bond family. Our thoughts are with her family at this time.”

Fellow 007 star Britt Ekland, 77, also paid tribute to her predecessor and said: “As Pussy Galore, you were one of the first Bond Girls and as Mary Goodnight, I am proud to have followed in your footsteps, we did some fun things together over the years! Rip Honor Blackman.”

English actor Joe McGann, best known for The Upper Hand, wrote on Twitter: “Just heard the very sad news that dear Honor has died. What a woman she was- fiercely bright, superbly funny and a wonderful actress on screen and onstage. I loved every day of working with her and I loved and respected her with all my heart. RIP.”

Do you remember watching Honor in Goldfinger? Do you have a message of condolence for her family?