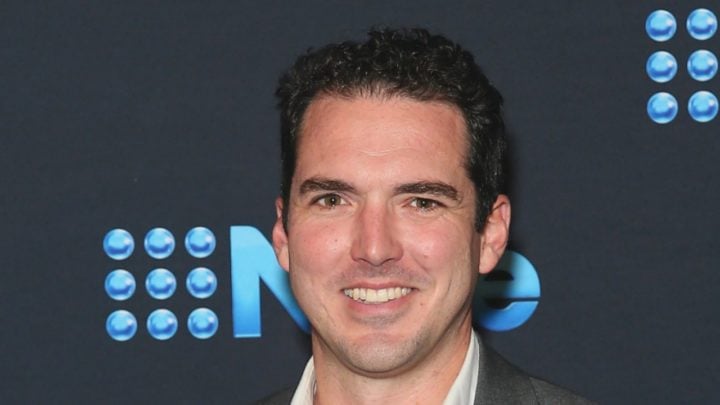 The journalist, who in December quit the Nine Network after more than 15 years with the news division, will co-anchor Sky News’ breakfast show First Edition, The Daily Telegraph reports.

Stefanovic announced his “exciting” new position at the weekend, claiming he’s “thrilled” to be able to work alongside Laura Jayes in what will be a “great challenge”.

“I’m excited. Thrilled about it actually. It’s a great challenge, a wonderful opportunity and a fantastic privilege to be asked to be part of the Sky News team.

The 37-year-old added: “I’ve been watching with great admiration, not just for Laura, but for all of the reporters and hosts on Sky, especially during the election campaign. I hope with my experience, I will be able to add to that.”

The news follows Stefanovic’s surprise departure from Nine at the end of last year. In a shock announcement in December Karl Stefanovic’s younger brother said while he valued his time at the company, it was time to move on.

“I’ve had an amazing time at Nine being a foreign correspondent, News reporter and covering some amazing stories for 60 Minutes,” he said in a statement at the time. “I’ll miss my friends at Nine very much, it has been a huge privilege to work alongside so many great people.”

Read more: Peter Stefanovic returns to TV as he opens up on his ‘challenging’ departure from Nine

Meanwhile, a Nine Network spokesperson said the media outlet and Stefanovic had mutually decided to part ways and that they wished him the best.

“Peter has decided to explore new opportunities and is looking forward to spending weekends with his wife, Sylvia Jeffreys,” they said back in December. “He has been a respected member of the 9News team and Weekend Today, and we wish him all the best for the future.”

Just months later the reporter made an unexpected appearance on Sky News’ The Front Page, where he discussed his departure from Nine, telling host Peter Gleeson that the time following his departure had been challenging but he was using his time off to “reset”.

Stefanovic said: “Well, you know, it hasn’t been without its challenges, that’s for sure.

“Believe it or not, I’m usually quite a shy sort of person, so seeing so much negativity play out in the press for weeks and months on end does have its challenges and can be difficult to deal with at times.”

Are you a fan of Peter Stefanovic? Do you plan to watch him on the Sky News program?