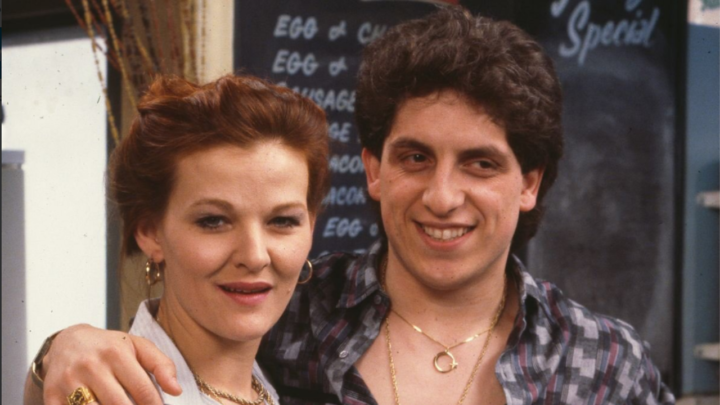 Sandy Ratcliff, who was one of the original stars of hit BBC soap EastEnders, has passed away at the age of 70.

The actress – who was also dubbed “the face of the ’70s” by Princess Margaret’s husband Lord Snowden – passed away in home care on Saturday night in Stamford Hill, North London, The Sun reports.

Her cause of death is not yet known and it has been reported to the coroner.

Ratcliff was best known for playing Sue Osman in the British soap opera between 1985 and 1989. She was one of the first actresses to grace television screens on the hit program alongside the late Leslie Grantham, who played iconic Albert Square villain ‘Dirty’ Den Watts.

Her character suffered through a horrific string of events on the show, which also aired in Australia, including losing her baby to cot death and a phantom pregnancy. These scenes shocked the world at the time and led to much of her fame on the show.

Ratcliff is reported to have struggled off screen too, battling with drug and alcohol use for a number of years, with a heroin addiction ultimately leading to her departure from the TV show in 1989.

According to reports in the British press, friends confirmed that she suffered multiple strokes, resulting in her moving into sheltered housing, and was also diagnosed with cancer.

“It’s very sad,” he told the publication. “I remember the first time I auditioned for the show, we had this instant chemistry and banter. I was a young actor and she helped me develop so much.

“We had a lot of fun on the show and had some really good storylines.”

Meanwhile EastEnders fans have also expressed their sadness in hearing of Ratcliff’s death, taking to social media to share their condolences and pay tribute to her great acting abilities.

So sad to hear of Sandy Ratcliff’s passing. I’ve become a big fan of Sue Osman since I started watching #ClassicEastEnders and that’s down to Sandy’s performance. She was amazing during the cot death storyline.

“So sad to hear of Sandy Ratcliff’s passing,” one person wrote on Twitter. “I’ve become a big fan of Sue Osman since I started watching #ClassicEastEnders and that’s down to Sandy’s performance. She was amazing during the cot death storyline.”

Another added: “So so sad to hear about the death of #EastEnders legend #SandyRatcliff. I was too young to remember Sue Osman the first time but knew of her importance to the show and I am currently loving her character on #ClassicEastEnders. My thoughts are with her family and friends.”

A third said: “Very saddened to hear of the death of original EastEnders actress Sandy Ratcliff. Who could forget her superb acting in the storyline of the cot death of her baby Hassan. A sad end of a hard life she led after leaving the soap. R.I.P Sandy.”

Do you remember watching EastEnders with Sandy Ratcliff? Do you have a message for her family?