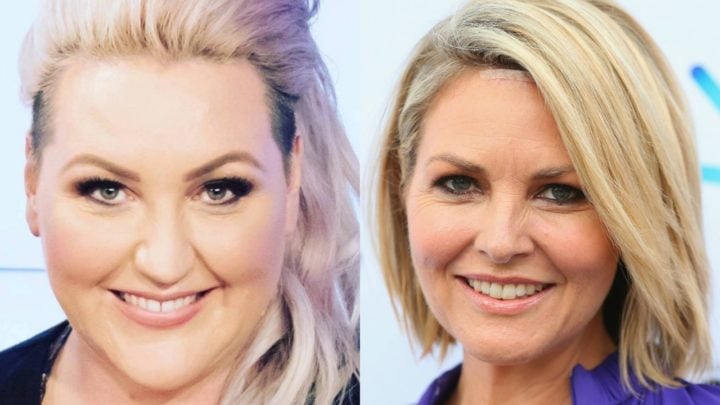 Aussie comedian Meshel Laurie has revealed the moment Today host Georgie Gardner convinced her not to end her own life in a moving interview.

Speaking on Rob McKnight’s podcast TV Blackbox, the 45-year-old admitted she was facing personal difficulties earlier this year and was considering suicide when the television host reached out to support her.

Meshel, who often appears on Channel 10’s The Project, said she was really struggling to hold it together when Georgie, who she wasn’t particularly close to at the time, offered some words of support that ultimately stopped her from taking that next step.

“There was something about her [Georgie] message that just… like, I was embarrassed but… you know normally when you’re embarrassed you get angry? Particularly when you’re drunk. But I don’t know, it didn’t make me angry,” she told Rob, who previously worked as the executive producer of Studio 10.

“She was really kind and she was just saying, like everyone used to say to Charlotte [Dawson, who died by suicide in 2014], switch it off [social media], mate. Let it go, get some sleep, tomorrow’s another day sort of thing. And I did. I just switched it off.”

The TV presenter continued by explaining how thankful she was for Georgie’s supportive message, especially since the two were not in regular contact.

“I was so used to waking up in the morning and thinking ‘oh no what did I say, what did I tweet last night’. Just being really embarrassed and waking up and deleting and hoping that people that I really like didn’t see them,” she added.

“But that morning I woke up and read her messages again and thought, ‘Oh, God. What a nice lady. She’s got enough to deal with in her actual life’… and I haven’t spoken to her again.”

For this reason, Meshel claimed she’s surprised by the negative comments made about Georgie following Today‘s shuffle of presenters. The comedian explained she felt it important to let everyone know how caring Georgie really is.

Read more: Meshel Laurie names and shames trolls who attacked her over her weight

“I sometimes see things in the media… and I think, ‘I must try and find a way to tell the world that she’s a really nice person’,” Meshel added.

Do you watch the Today show? What do you think of Georgie Gardner?