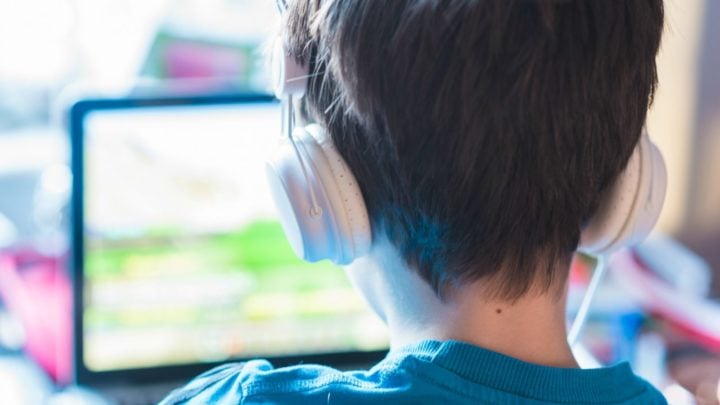 Aussie comedian Meshel Laurie revealed how her son racked up a $1,000 credit card debt on a gaming site. Source: Getty

Aussie comedian Meshel Laurie has revealed her guilt after discovering her nine-year-old son racked up a massive $1,000 credit card debt on a gaming site.

The 46-year-old mum admitted she has taken full responsibility for his actions, admitting she allowed Louis to become “obsessed” with the game.

Sharing details of the shocking events in a first-person piece for Sunday Life magazine, Meshel claimed she encouraged his hobby and as a result now feels guilty for the loss of money.

“Yep, I guess it’s our turn to be that family. The one with the big credit card bill thanks to the kid who figured out how to bypass parents sign-in procedures when using the card online but pleads complete ignorance when it comes to the pricing mechanism of his favourite site,” the TV presenter admitted.

She added: “I have to take full responsibility for this mess. I allowed him to become obsessed with the terrible game because it kept him occupied.”

Meshel said she told her son he could spend $15 on the site but became distracted and didn’t keep track of how many times Louis pressed the purchase button.

Without anyone keeping an eye on him, he continued to buy and in the end the family was left with a $1,000 bill. However, the comedian explained it wasn’t an accidental purchase and Louis was fully aware he was spending away the hard-earned cash.

She explained that he simply wanted to know if an email would be sent every time someone used the account. Meshel claimed this was most concerning, as her son was completely unaware just how much money $1,000 is.

“He obviously had no idea how much $1,000 is – how long a person has to work to earn it, or how much electricity, water, gas, food, petrol or kitten food it can pay for,” she added.

It hasn’t been an easy 2019 for the mum who admitted on Rob McKnight’s podcast TV Blackbox she was facing personal difficulties earlier this year and had even previously considered suicide – before Today host Georgie Gardner reached out to support her.

Meshel, who often appears on Channel 10’s The Project, said she was really struggling to hold it together when Georgie, who she wasn’t particularly close to at the time, offered some words of support that ultimately stopped her from taking that next step.

“There was something about her [Georgie] message that just… like, I was embarrassed but… you know normally when you’re embarrassed you get angry? Particularly when you’re drunk. But I don’t know, it didn’t make me angry,” she told Rob, who previously worked as the executive producer of Studio 10.

“She was really kind and she was just saying, like everyone used to say to Charlotte [Dawson, who died by suicide in 2014], switch it off [social media], mate. Let it go, get some sleep, tomorrow’s another day sort of thing. And I did. I just switched it off.”

Read more: Meshel Laurie reveals how Georgie Gardner convinced her not to end her own life

The TV presenter continued by explaining how thankful she was for Georgie’s supportive message, especially since the two were not in regular contact.

“I was so used to waking up in the morning and thinking ‘oh no what did I say, what did I tweet last night’. Just being really embarrassed and waking up and deleting and hoping that people that I really like didn’t see them,” she added.

“But that morning I woke up and read her messages again and thought, ‘Oh, God. What a nice lady. She’s got enough to deal with in her actual life’… and I haven’t spoken to her again.”

Do your grandkids play video games? Do you think children are becoming too addicted to them?