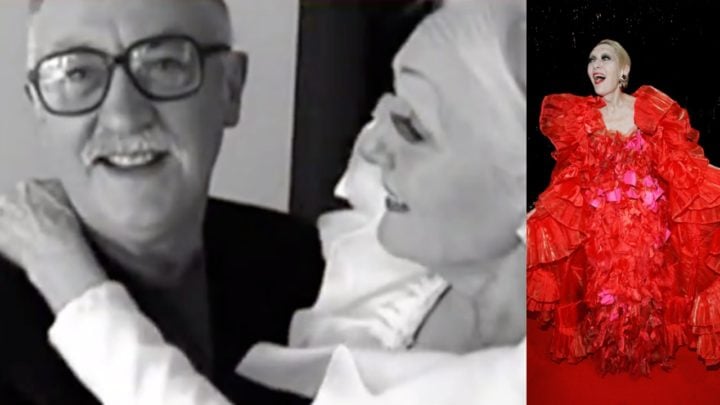 The couple had been living in the same nursing home for years. Source: Twitter/The Morning Show & Getty.

Jeanne Little’s daughter regularly shares updates on her mother’s ailing health, as the star continues to battle Alzheimer’s disease, however the family has been dealt another blow as it has been revealed that Katie’s father passed away.

Barry Little died earlier this month, at the age of 89, according to PS Sydney, with only child Katie telling the news outlet on Friday that she now feels as if she has lost both of her parents.

The husband of The Mike Walsh Show star is said to have passed away just days after celebrating his 89th birthday, in the Sydney nursing home where he lived with Jeanne, 81. However, Jeanne is said to remain “oblivious” to the sad news.

“It was very emotional for me… you know, I feel like I have lost both my parents,” Katie said.

Revealing she was by his side as he slipped away, Katie added: “Mentally he was fine, but physically he had been in a bad way for a long time.

“He wanted me to read out passages from the book, I’m just so happy I got to write it and have it published while he was alive.”

Multi-Logie winner Jeanne and Barry tied the knot in 1971 and the couple went on to have daughter Katie together, however heartbroken Barry said his “world ended” when Jeanne was diagnosed with the common form of dementia in 2009.

“My life ended when she got the dreadful sickness,” Barry told Nine Stories back in 2014. “It is horrible to see someone so vital and alive go from that to sitting in a chair all day and needing to be washed and cared for.”

The daughter of Jeanne Little, Katie Little, is sharing what it was really like to be raised by the icon in a new memoir. #TMS7 pic.twitter.com/k5XfulFzc7

Last month, Katie appeared on ABC’s Sunday Afternoons with Louise Grimmer earlier, where she gave a rare insight into what it’s been like for the Little family as Jeanne battled dementia.

In what may come as a shock to many, Katie explained that her mother first began showing symptoms of the disease when she appeared as a panellist on Beauty and the Beast in the ‘90s.

“By that point mum was sick and we didn’t know,” she explained. “Ita Buttrose in retrospect said that she knew at that point that there was something not quite right because mum’s answers, she often when in with a crazy kind of view … But by that stage she was showing signs of Alzheimer’s.”

During the interview, she also revealed that her father was living in the same nursing home as Jeanne.

Do you have a message of condolence for the Little family? Were you a fan of Jeanne Little?