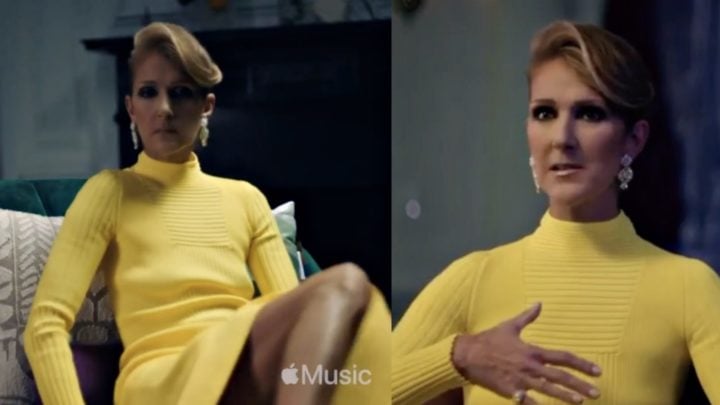 It has been just a matter of weeks since Celine Dion’s mother Therese Tanguay Dion passed away at the age of 92, but now the Canadian superstar has opened up on the tough times she has faced recently in a raw new video clip.

The footage is taken from a new short film titled Behind Celine Dion’s Courage, and comes after of the release of her 12th English-language studio album ‘Courage’ which was released in November last year.

Celine, 51, shared a snippet from the new short film on her Instagram page, which she captioned: “Sometimes we are stronger than we think…”

In the teaser clip, she can be heard saying: “I’ve been going through tough times. This album really took me to a place where I was finding myself.

“Sometimes we don’t think that we are so courageous. But sometimes we are stronger than we think.”

Therese sadly passed away on January 16 surrounded by her family. The mother-of-14 was famously close to her world-famous daughter and even penned her very first hit song ‘It Was Only a Dream’.

Celine had been due to play a show in Miami, Florida, the day after her mother’s death and incredibly decided to go ahead with the performance, despite the personal tragedy, instead dedicating the show to her mother’s memory.

“Maman, we love you so much,” she wrote on Instagram, alongside a family photograph which showed Therese with all of her children. “We dedicate tonight’s show to you and I’ll sing to you with all my heart. Love, Céline xx.”

The death of Celine’s mother came four years after the ‘My Heart Will Go On’ singer tragically lost her husband and manager Rene, who passed away in 2016 aged 73 following a battle with cancer.

Celine took a year out from music to care for her husband – with whom she shared sons René-Charles, Eddy and Nelson – and last year she revealed that she granted his dying wish to see her perform on stage one last time, albeit from the comfort of their home via television.

“For him it was very important because I took a year off to take care of him, but towards the end he said to me, ‘I need to see you go on stage and sing, I want to make sure, I need to see it’,” the singer told The Mirror.

“I didn’t feel like partying or putting on short dresses and feathers,” she added. “But what kept me doing was that I thought of him. I did it for him.”

Behind Celine Dion’s Courage is available to watch now on Apple Music.

Are you a fan of Celine Dion? Are you excited for the release of her new album?