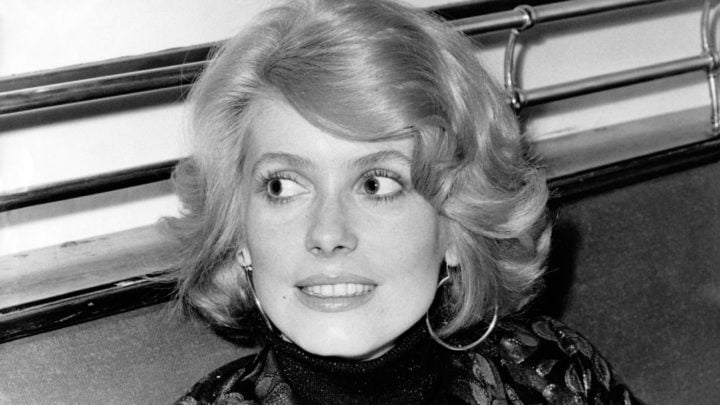 The 76-year-old star is recovering in hospital in Paris after suffering a "very limited" stroke. Source: Getty.

French actress Catherine Deneuve is recovering in hospital after the 76-year-old icon suffered a stroke on Tuesday evening, her family confirmed to the media.

Deneuve, best known for roles in the likes of Belle de Jour, Repulsion and The Umbrellas of Cherbourg, is expect to recover, with her agent describing the stroke as “very limited” and “reversible” in a statement obtained by French press agency AFP.

“Happily she has no loss of motor function, although she will of course have to rest for a while,” the statement, issued on behalf of her family by her agent Claire Blondel, read.

Catherine is believed to have taken ill whilst filming her latest movie De son vivant, and a source previously told a French news channel that the actress was suffering from exhaustion as a result of “doing too much”.

News of Deneuve’s health scare spread on Thursday, with fans taking to social media to express their concerns and wish the so-called ‘Ice Queen’ – nicknamed for her iconic white blonde hair – a speedy recovery.

One fan wrote: “Very concerning for this sophisticated movie actress. Such a beauty.” Another commented: “Wishing her a speedy recovery. Amongst my first dream girl.”

While a third said: “No, no, no, no, no!!!!! Please! Get well soon, Catherine The Great! The Empress of European Cinema!”

The star rose to fame in the 1960s, picking up minor parts before landing her breakthrough role in 1963’s Vice and Virtue. It was the 1964 musical The Umbrellas of Cherbourg that made her a household name though, when she played Geneviève Emery, whose mother runs a small, struggling umbrella boutique in the town of Cherbourg in Normandy, France.

She went on to work with world-renowned directors, including Roman Polanski, Lars von Trier and François Truffaut. She was also nominated for an Oscar for her role in 1993’s Indochine and played a vampire, alongside pop superstar David Bowie in The Hunger (1983).

Were you a fan of Catherine Deneuve? Do you have a get well message for the star?