How romantic! Cate Blanchett reveals the unusual anniversary gifts her hubby gives her 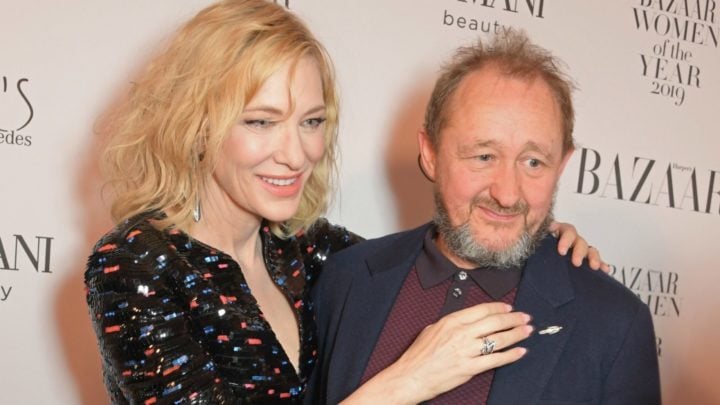 Cate Blanchett and her husband Andrew Upton have been married for 23 years. Source: Getty.

It’s fair to say men aren’t always the most creative when it comes to gift ideas — or the most subtle for that matter. That’s certainly the case for Hollywood A-lister Cate Blanchett, who’s received a number of vacuum cleaners and ironing boards from her husband of 23 years over the years.

Speaking to The Mirror over the weekend, the Oscar-winning actress said she’s so used to getting white goods, she’s renamed their wedding anniversary the “microwave anniversary”. “My first wedding ­anniversary, my ­husband gave me a vacuum cleaner and then he gave me a mixer,” she told the publication.

“It used to be silver and gold, but now that list includes coffee makers and irons and gone is the sense of getting to the gold and diamond anniversary. Now it’s the microwave anniversary. It’s so less romantic now and timeless.”

The actress met her husband, fellow Aussie Andrew Upton, on the set of a television show in 1996. He proposed three weeks later and they married the following year and have been going strong ever since.

It’s no secret marriage is full of little daily challenges. Cate’s confession comes after a group of wives vented about their husbands’ annoying habits on the popular online forum Gransnet.

The slam session began when one frustrated wife asked: “What planet do men come from?” The peeved woman said she told her husband she was cleaning the bathroom, to which he replied, “Why?” — a question that left her face-palming her own head.

It didn’t take long for readers to pitch in with their own stories, detailing how their husbands annoy them on a daily basis. One commentator said her husband is retired and does odd jobs around the house while she’s at the office. “I wish he wouldn’t,” she explained. “No idea what he does all day, but I can never find anything in the kitchen.”

Another added her husband of 55 years always asks her if she takes sugar in her tea. Disturbingly, one user revealed she once lived with a man who thought to give a plate “a good lick clean” substituted for using detergent and hot water to get it properly washed. But, according to one lucky woman, not all men are hopeless. “Mine is cleaning the house as I sit here on the PC! Since he retired he likes to take over all my jobs as, of course, he does them much better than I have ever done! I don’t argue on that one,” she wrote.

What are your thoughts on this story? How do you celebrate your anniversary?